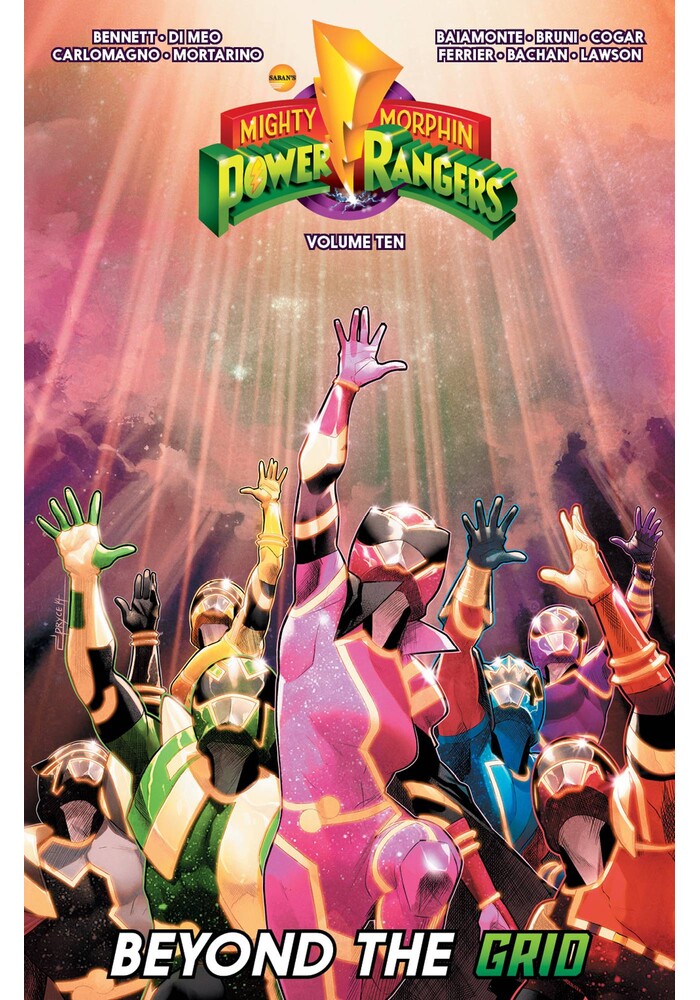 THE STUNNING CONCLUSION TO BEYOND THE GRID! * The Solar Rangers-an all-new Power Rangers team unlike any other-have defied the villainous Praetor and survived. But their victory may be short-lived, as deadly forces move to stop them from regaining their full powers and finding a way home. ItЃ's the final battle between Solar Rangers and their deadliest enemy as the shocking truth behind the Praetor is revealed . and the fates of two galaxies hang in the balance. * The critically-acclaimed team of GLAAD Media Award nominated writer Marguerite Bennett (Batwoman, Animosity) and fan-favorite artists Simone Di Meo, with French Carlomagno, deliver a jaw-dropping conclusion to their Power Rangers epic. Ѓ* Collects issues #35-39.
Be the first to write a review!
Path: Home > AMERICAN > BOOM! STUDIOS TRADE PAPERBACKS > MIGHTY MORPHIN POWER RANGERS TP VOL 10