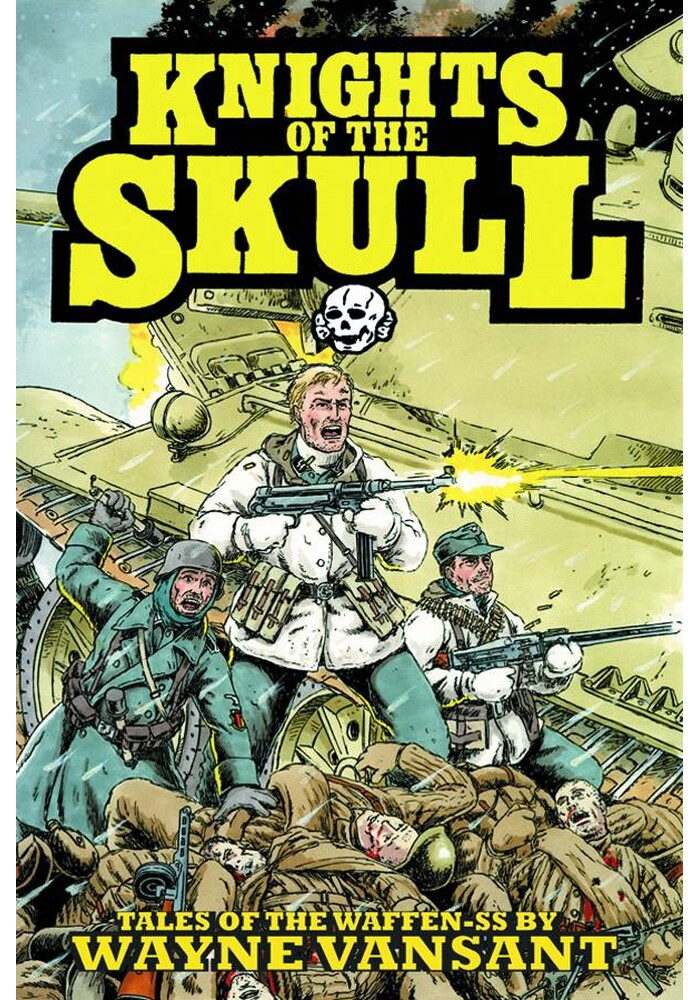 KNIGHTS OF THE SKULL TP

Noted historian and artist Wayne Vansant provides art and story for this trilogy of tales of the German Panzer divisions, the Waffen SS, in World War II. In addition to 'The Knights of the Skull' and its tale of the young soldiers, 'Witches' Caldron' tells the incredible tale of the German situation at Kursk when attempting to retreat were cut off and surrounded by the Soviet troops. Finally, 'Battle Group Peiper' chronicles the event that led to the Malmedy massacre, when American POWs were massacred by the German troops.
Be the first to write a review!
Path: Home > AMERICAN > CALIBER TRADE PAPERBACKS > KNIGHTS OF THE SKULL TP