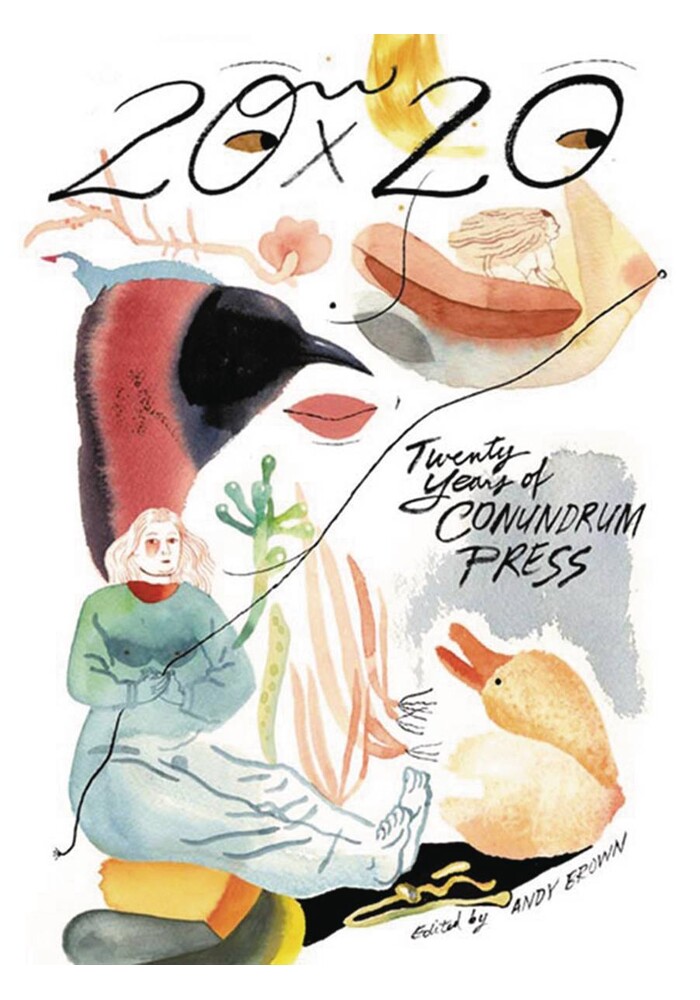 Conundrum Press was created in 1996 in post-referendum Montreal by Andy Brown, to give voice to the under-represented working in the underground anglo cultural milieu. To celebrate twenty years in operation he asked one author or artist for each year of the press who had a book out that year to contribute something new, something that represented Conundrum. So in the end twenty Conundrumites represent twenty years, hence 20x20. New comics by Joe Ollmann, Dakota McFadzean, David Collier, and many others.