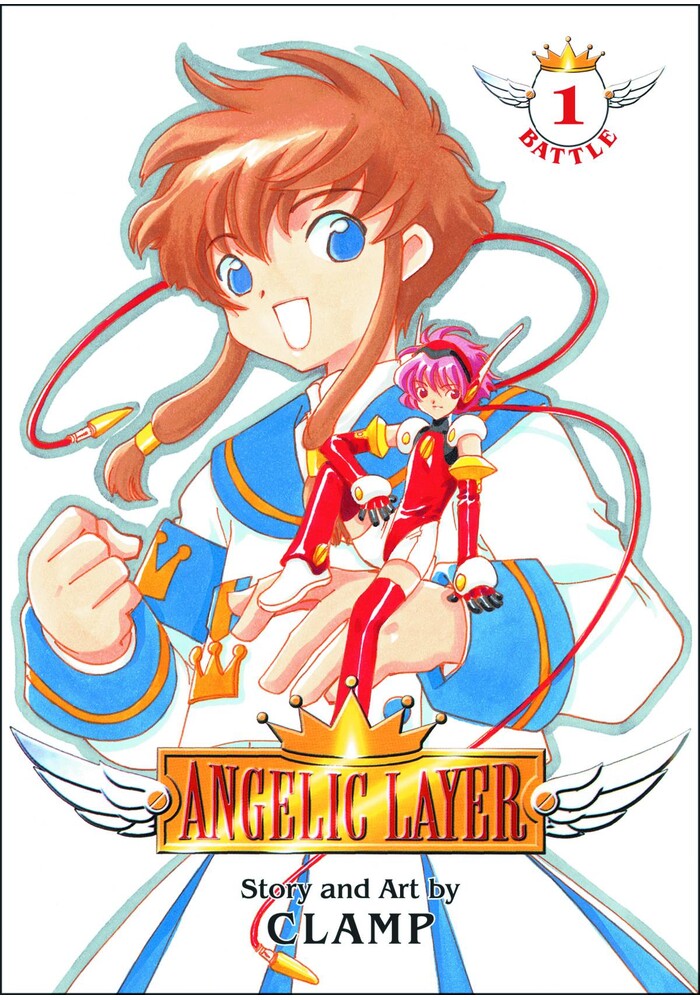 Junior-high student Misaki Suzuhara has just arrived in Tokyo to live with her glamorous TV news star aunt and to attend the prestigious Eriol Academy. But what excites her above everything is Angelic Layer, the arena game where you control an Angel-a miniature robot fighter whose moves depend on your mind! Misaki's small, just like her Angel, Hikaru (named after her favorite manga, Magic Knight Rayearth), but her natural battle skills have been recognized by a very odd scientist, Ichiro 'Icchan' Mihara. Before she knows it, Misaki is an up-and-coming contender in Angelic Layer . . . and in way over her not-very-tall head! How far can enthusiasm take her in an arena full of much more experienced fighters . . . and a game full of secrets . . . ?
Be the first to write a review!
Path: Home > AMERICAN > DARK HORSE TRADE PAPERBACKS > ANGELIC LAYER TP BOOK 01