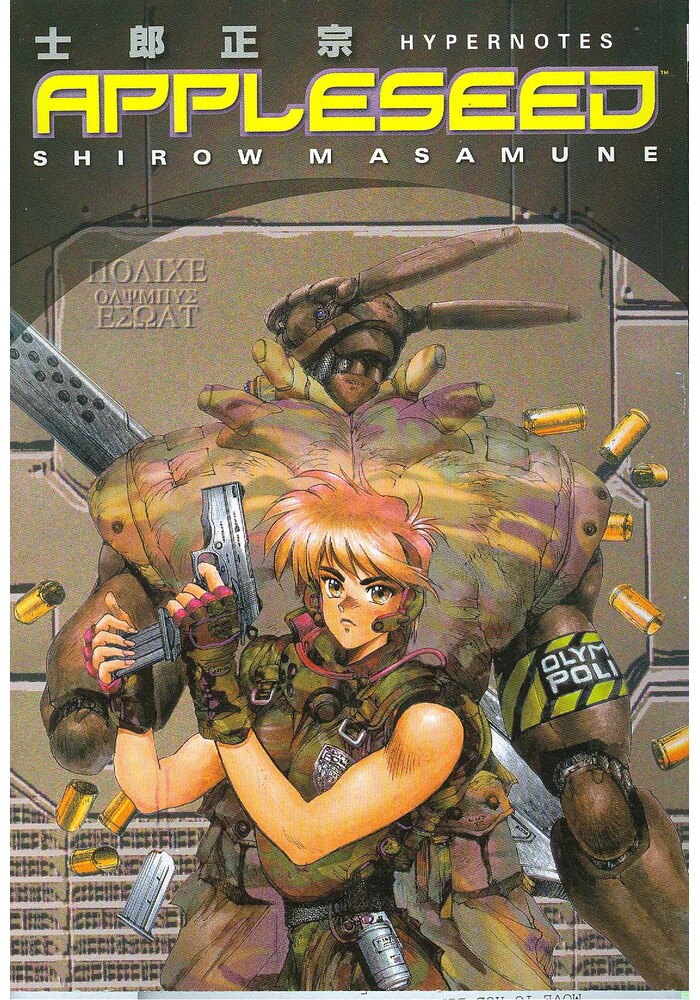 World war Three is over, but for nomad soldier Deunan Knute and her cyborg lover, Briareos, the greatest challenge lies ahead, not in the abandoned cities and DMZs of a post-war battlefield, but on the streets of a new 'utopia.' Shirow Masamune's visionary Appleseed is widely regarded not only as one of the linchpin works of graphic fiction, but one of the most influential science-fiction stories in recent memory, culminating in the astonishing 2005 animated adaptation. Appleseed Hypernotes, never before collected in America, features an over 80-plus-page Appleseed tale, plus reams of detailed information and art of the characters, machines, and weapons of Appleseed, presented in a non-Westernized, right-to-left reading format, as originally published in Japan. ¥ Contains Appleseed stories from Super Manga Blast! #25-39.
Be the first to write a review!
Path: Home > AMERICAN > DARK HORSE TRADE PAPERBACKS > APPLESEED HYPERNOTES TP