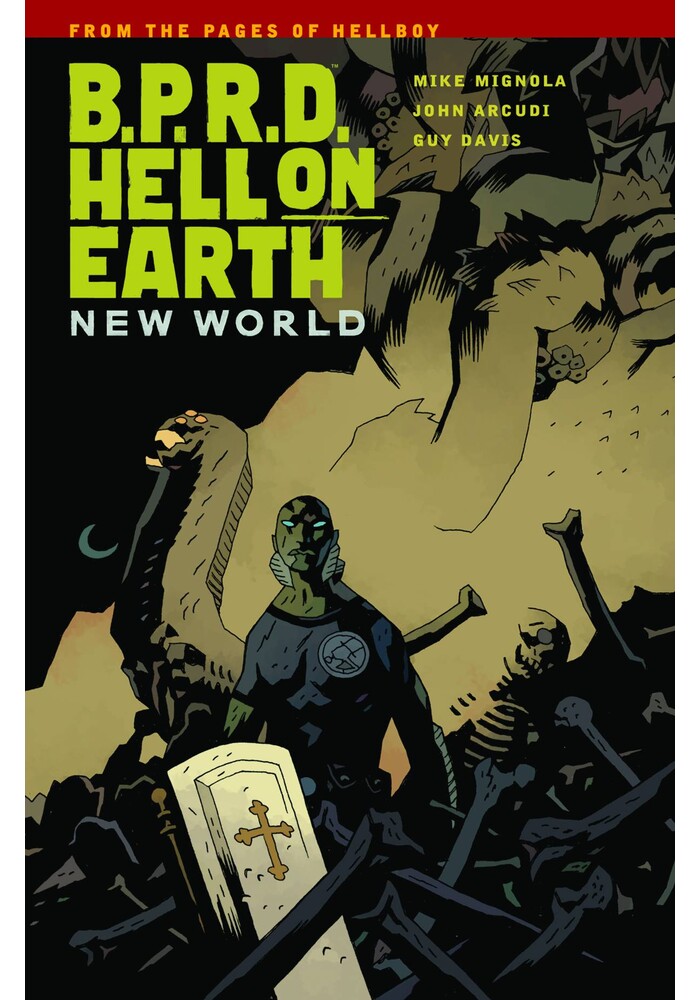 Our heroes face new horrors, as they investigate small town vanishings, wild monsters in the woods, and a strange new creature that arrives to create hell on earth. Written by Mike Mignola and John Arcudi, and drawn by 2009 Eisner Award-winner Guy Davis (The Marquis), B.P.R.D. Hell on Earth: New World marks the beginning of a new era in horror! * A new B.P.R.D. facing new monsters! * Collects B.P.R.D.: Hell on Earth--New World issues 1-5 and an eight-page story previously released at Emerald City Comic Con.