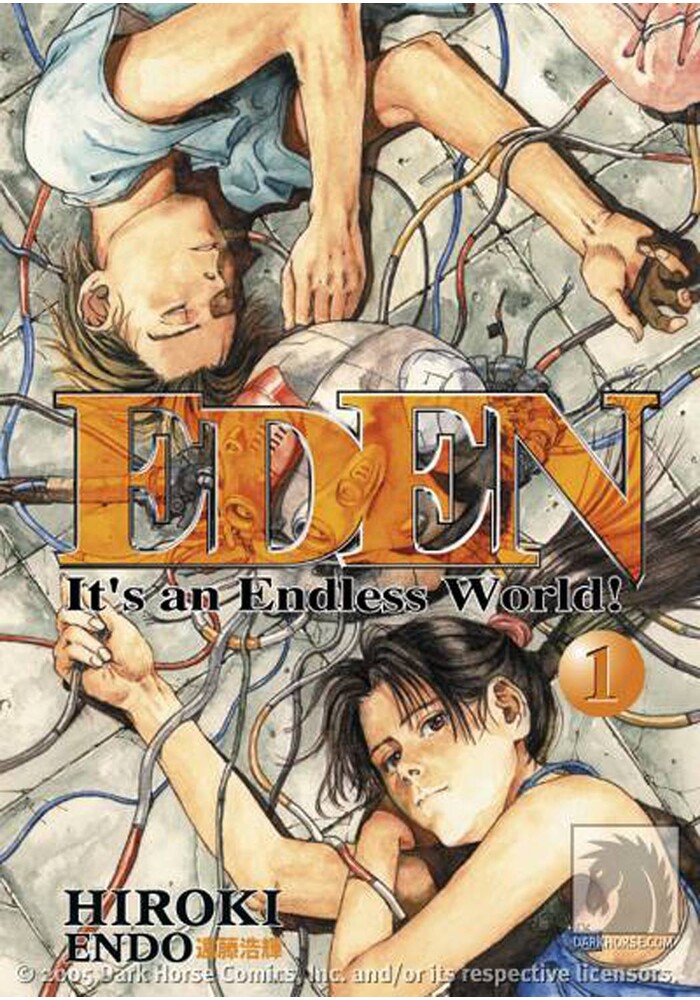 Eden Volume One is both a brilliant love song to the post-apocalyptic survival genre and the beginning of a deep exploration on man's role in the natural order. In the near future, a large portion of humanity is wiped out by a brutal, new virus that hardens the skin while dissolving internal organs. Those who aren't immune are either severely crippled or allowed to live with cybernetically enhanced bodies. Taking advantage of a world in chaos, a paramilitary force known as the Propater topples the United Nations and seeks world domination. Elia, a young survivor searching for his mother, travels towards the Andes Mountains with an artificially intelligent combat robot. When he encounters a group of anti-Propater freedom fighters, a maelstrom of unique characters unfolds. Graphic, cyberpunk, and philosophical, Eden is a place where endearing heroes face a constant struggle for survival and violent surprises wait around every corner!
Be the first to write a review!
Path: Home > AMERICAN > DARK HORSE TRADE PAPERBACKS > EDEN TP VOL 01 ITS AN ENDLESS WORLD