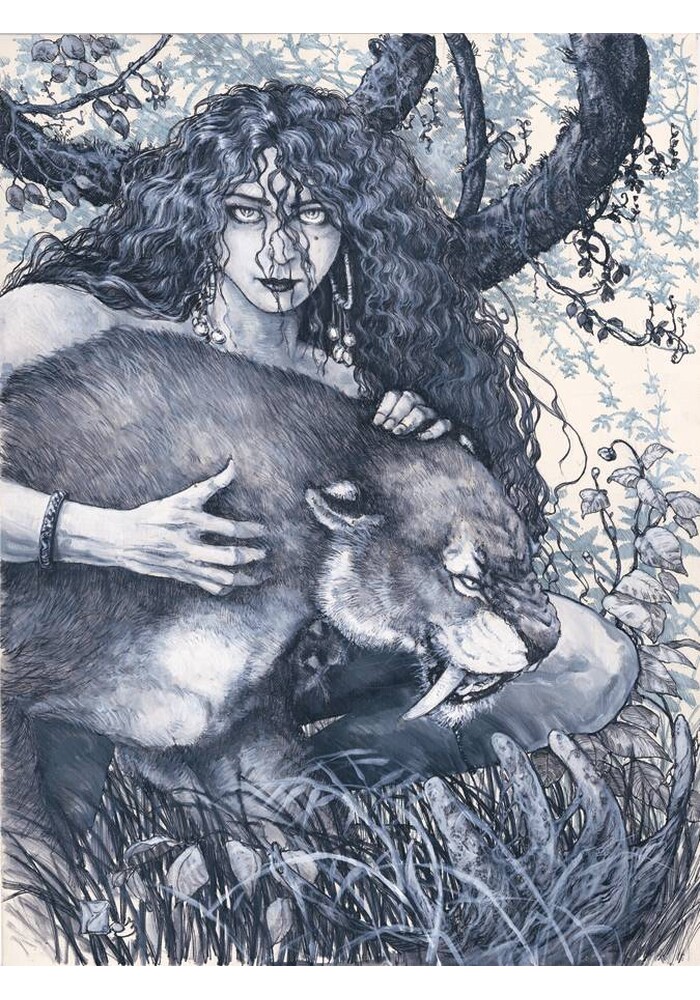 FACTS IN CASE OF DEPARTURE OF MISS FINCH HC

Come, come and hear of the strange and terrible tale of Miss Finch, an exacting woman befallen by mystery and abduction deep under the streets of London! New York Times best-selling author Neil Gaiman delivers another stunning hardcover graphic novel with longtime collaborator Michael Zulli (Creatures of the Night, The Sandman). This is the first comics adaptation of his popular story 'The Facts in the Case of the Departure of Miss Finch,' which saw print only in the U.K. edition of Gaiman's award-winning work Smoke and Mirrors: Short Fictions and Illusions and was recently interpreted for his Speaking in Tongues CD. The Facts in the Case of the Departure of Miss Finch is a 'mostly true story' that combines the author's trademark magic realism with Zulli's sumptuous paintings, and has been newly rewritten for this hardcover. Join a group of friends, with the stern Miss Finch in tow, as they enter musty caverns for a subterranean circus spectacle called 'The Theatre of Night's Dreaming.' Come inside, get out of the pounding rain, and witness this strange world of vampires, ringmasters, illusions, and the Cabinet of Wishes Fulfill'd. ¥ The latest hardcover from New York Times best-selling author Neil Gaiman (Anansi Boys and The Sandman: Endless Nights), one of the world's best-loved comics writers! _Smoke and Mirrors won the 1998 MacMillan Silver PEN Award for Best Short Story Collection.
Be the first to write a review!
Path: Home > AMERICAN > DARK HORSE TRADE PAPERBACKS > FACTS IN CASE OF DEPARTURE OF MISS FINCH HC