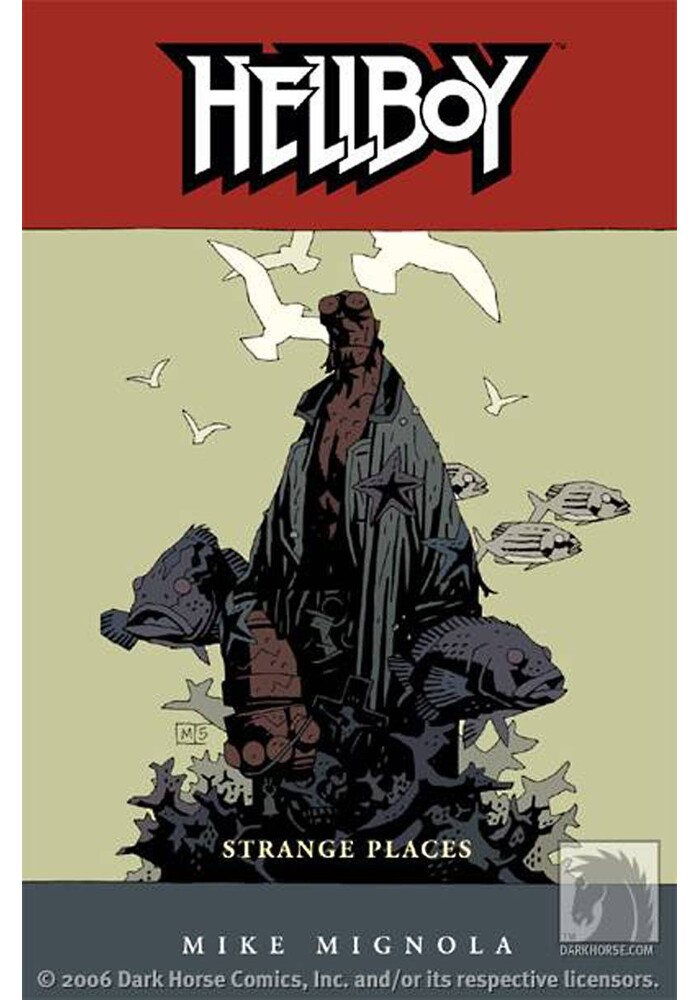 Mike Mignola returns with his first new Hellboy collection since 2002's Conqueror Worm. After leaving the Bureau for Paranormal Research and Defense, Hellboy's travels take him briefly to Africa, then for a two-year stint at the bottom of the ocean. An ancient witch doctor, a giant fish woman, and the keeper of the secret history of the universe force Hellboy to either accept his role in the coming apocalypse, or have that role stolen from him. Weird undersea creatures and talking lions populate this turning-point adventure, which reveals secrets buried since Hellboy's very creation. This volume collects Harvey-and-Eisner-award winner Mike Mignola's Hellboy series The Third Wish and The Island with over a dozen unused pages, and a new epilogue. Strange Places is the first Mignola-drawn Hellboy collection in over three years. With the 2004 release of Hellboy, the motion picture, Hellboy has become a media phenomenon! Look for production on the Hellboy sequel to begin in 2006!