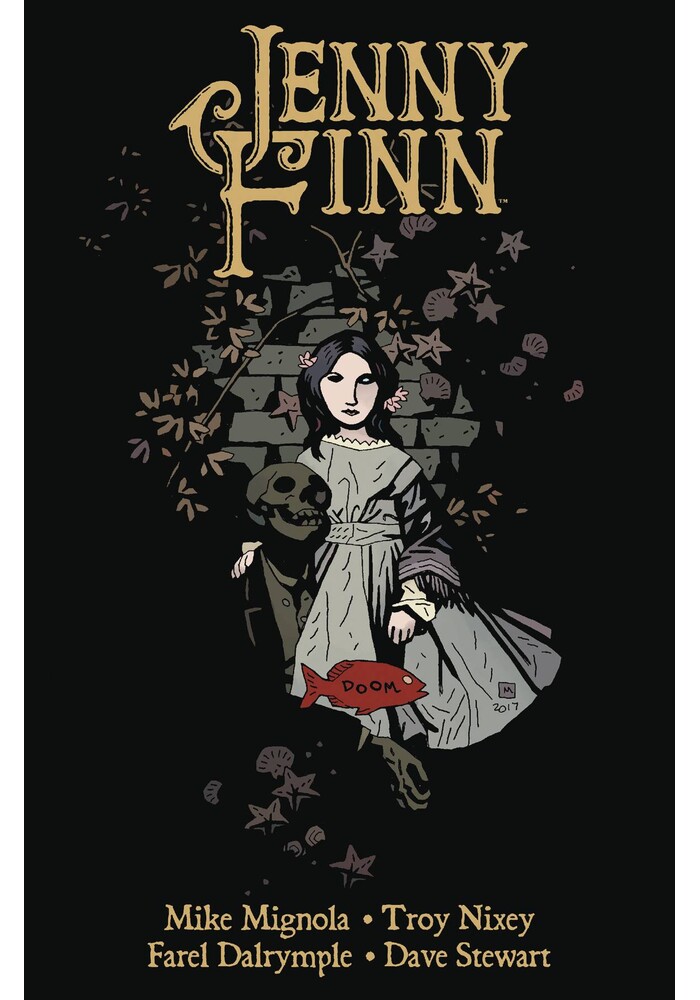 Mike Mignola and Troy Nixey's acclaimed series is colored for the first time by Eisner Award winner Dave Stewart. London's dockside is threatened by the twin terrors of a plague leaving bodies covered in tentacles and a slasher killing women in the night. Desperate for answers after the wrong man is executed for the murders, a group of Londoners holds a sйance to contract the supposed killer, and his story of a girl born of the sea who has brought a terrible curse only brings them more questions. Collects Jenny Finn ##4 and bonus sketchbook material.
Be the first to write a review!
Path: Home > AMERICAN > DARK HORSE TRADE PAPERBACKS > JENNY FINN HC (MR)