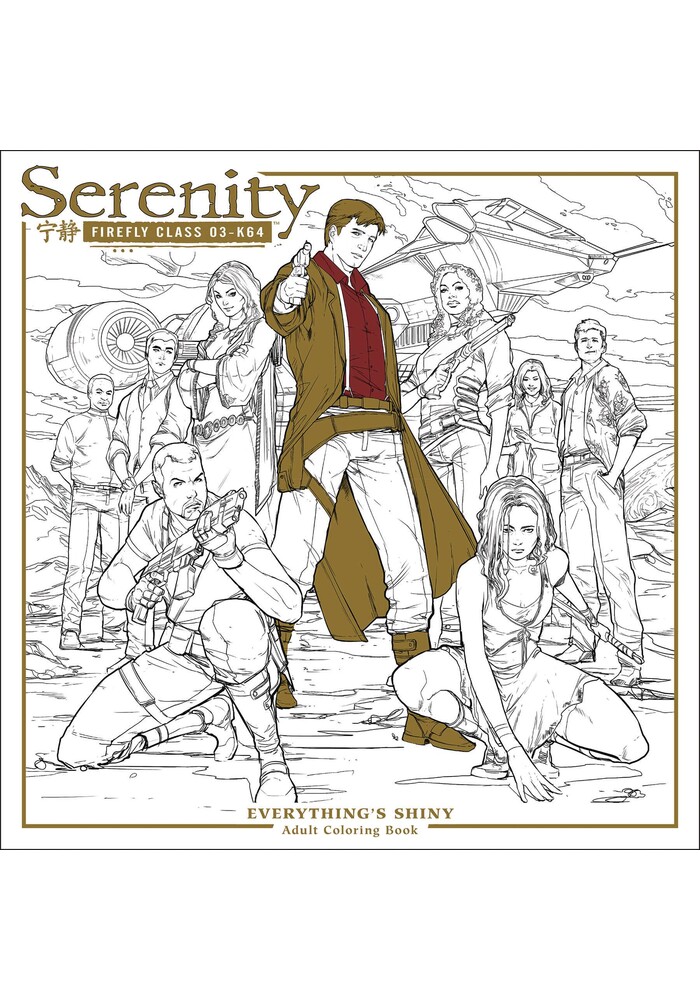 Based on creator Joss Whedon's space-pirate crew and all the elements of their futuristic, western-inspired universe, the original illustrations in this volume celebrate characters, locations, and the essence of everything that began in the cult-classic television series Firefly and continued in the film Serenity. Includes 45 pieces of highly detailed, original black-and-white artwork to color!
Be the first to write a review!
Path: Home > AMERICAN > DARK HORSE TRADE PAPERBACKS > SERENITY EVERYTHINGS SHINY ADULT COLORING BOOK TP