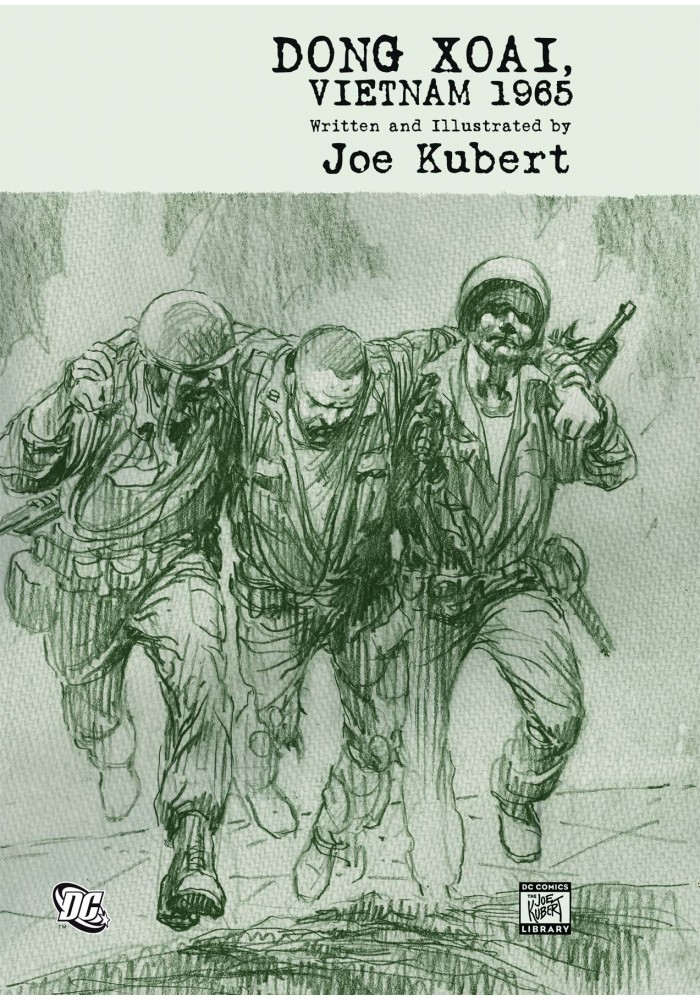 Joe Kubert, one of the most influential storytellers in comics history, tells the harrowing, true story of a detachment of Special Forces soldiers on a simple recon mission into the village of Dong Xoai, Vietnam, that turned suddenly deadly.
DONG XOAI, VIETNAM 1965 has a unique perspective, since Kubert based the story on extensive information gathered from the surviving members of the unit. It covers not only the action of the event but the details of deployment and build-up that led to the deadly encounter for these young American G.I.s.
For decades, Joe Kubert has shown readers the true face of war - all the suffering, horror, loss and heroism of our fighting forces. With DONG XAOI, he goes a step beyond to tell a gut-wrenching tale of sacrifice that will linger long after you are done reading.