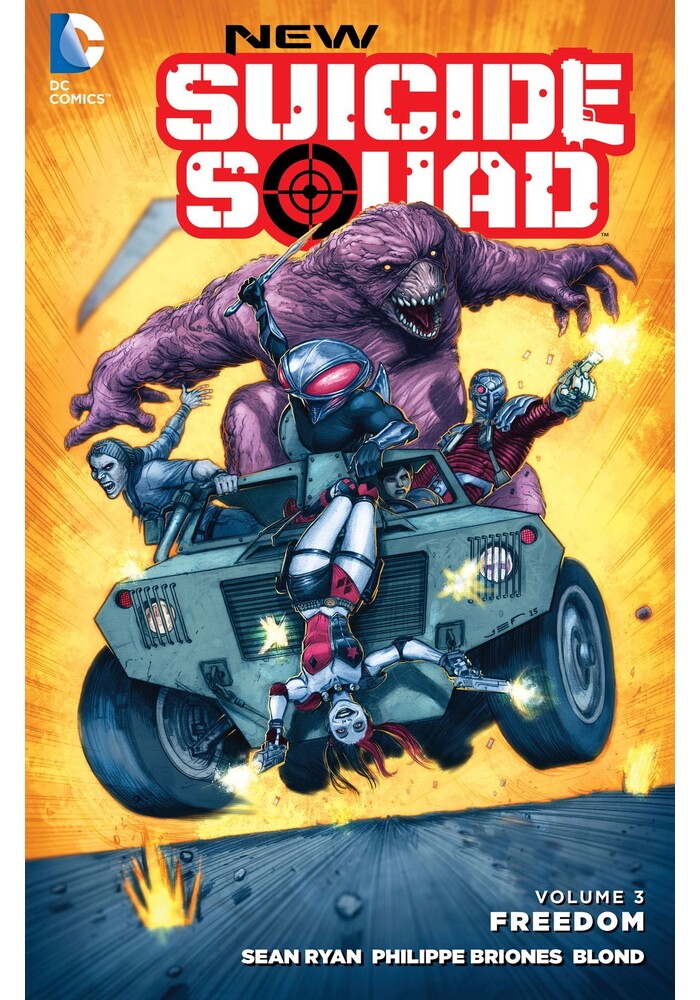 Cut off from Belle Reve and presumed dead, Harley Quinn and the Suicide Squad are presented with the opportunity to kill their jailer, Amanda Waller! Plus, Harley, Deadshot, Boomerang and Parasite try to break back in to Belle Reve Prison?! And after being officially 'killed in action,' the Suicide Squad considers what to do with their newfound freedom-but not for long, as their mysterious liberator reveals his own dark reasons for aiding them in their escape! Collects NEW SUICIDE SQUAD 13-18.