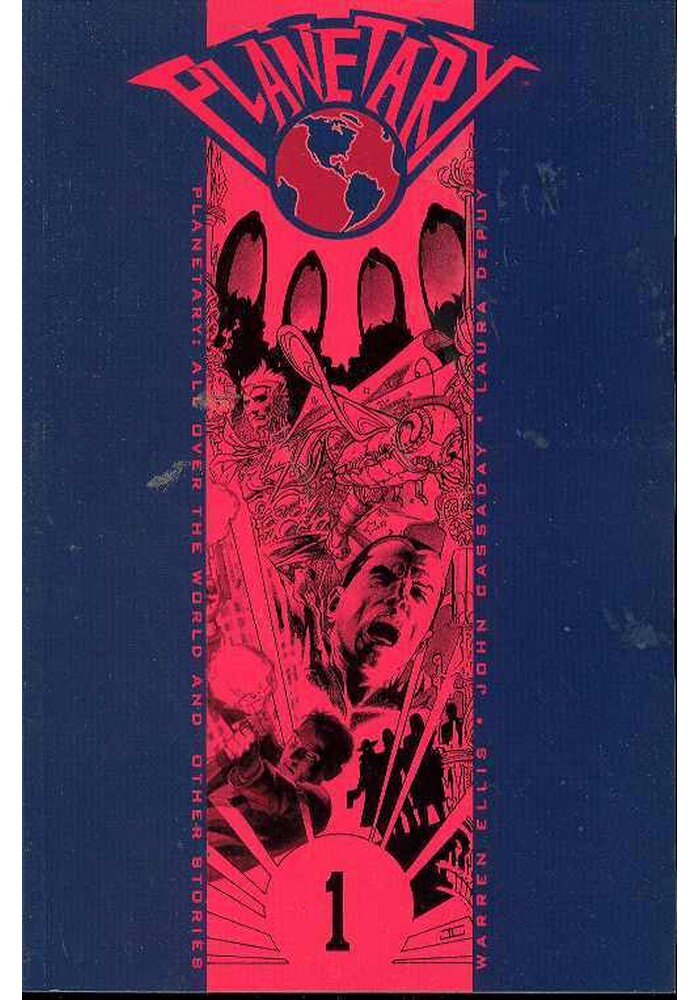 PLANETARY TP VOL 01 ALL OVER THE WORLD AND OTHER STORIES

Collecting the stories that first introduced the world to Planetary, this graphic novel features the adventures of Elijah Snow, a hundred year old man, Jakita Wagner, an extremely powerful and bored woman, and The Drummer, a man with the ability to communicate with machines. Infatuated with tracking down evidence of super-human activity, these mystery archaeologists of the late 20th Century uncover unknown paranormal secrets and histories, such as a World War II supercomputer that can access other universes, a ghostly spirit of vengeance, and a lost island of dying monsters.
Be the first to write a review!
Path: Home > AMERICAN > DC TRADE PAPERBACKS > PLANETARY TP VOL 01 ALL OVER THE WORLD AND OTHER STORIES