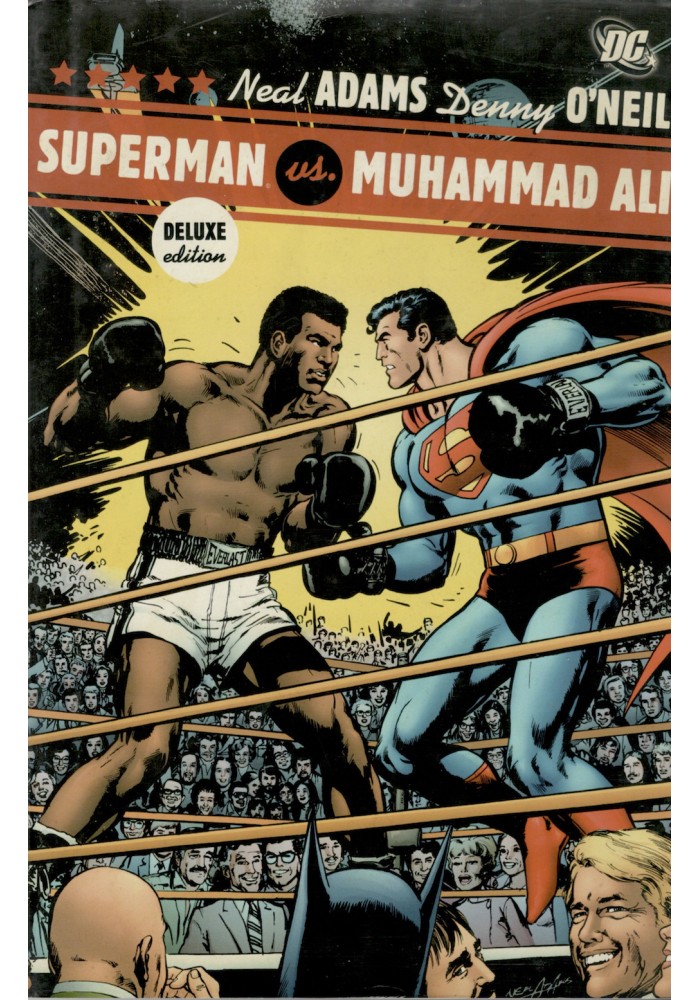 The legendary science fiction epic that brought together The Man of Steel and The Greatest is back in two spectacular hardcover editions!
In 1978, an alien race called the Scrubb demands that Earth's greatest champion battle their world's own greatest fighter. Both Superman and Muhammad Ali step forward - and to determine who is truly Earth's greatest fighter, Superman temporarily loses his powers and faces Ali in the ring. Ultimately, the duo must work together to defeat the Scrubb, with Ali taking on their champion while Superman battles their space-armada.
The deluxe edition hardcover is printed at 7.0625" x 10.875" and features a new cover by Neal Adams, previously unpublished artwork and more!