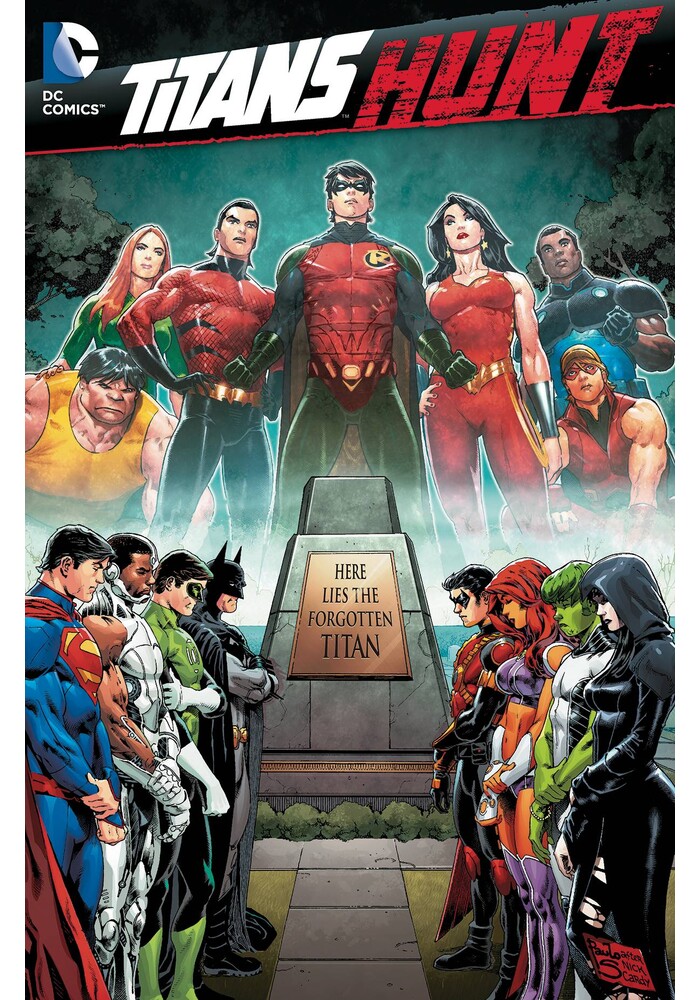 After having visions of a Teen Titans team the world has never known, in the aftermath of Convergence, the Titan called Lilith is compelled to set out to warn Dick Grayson, Roy Harper, Donna Troy and an Atlantean named Garth of something dark and sinister that she believes is coming after them. Is tragedy in store for the Titans, and where is this mysterious Lilith getting her visions from? Find out in these stories from TITANS HUNT 1-8.