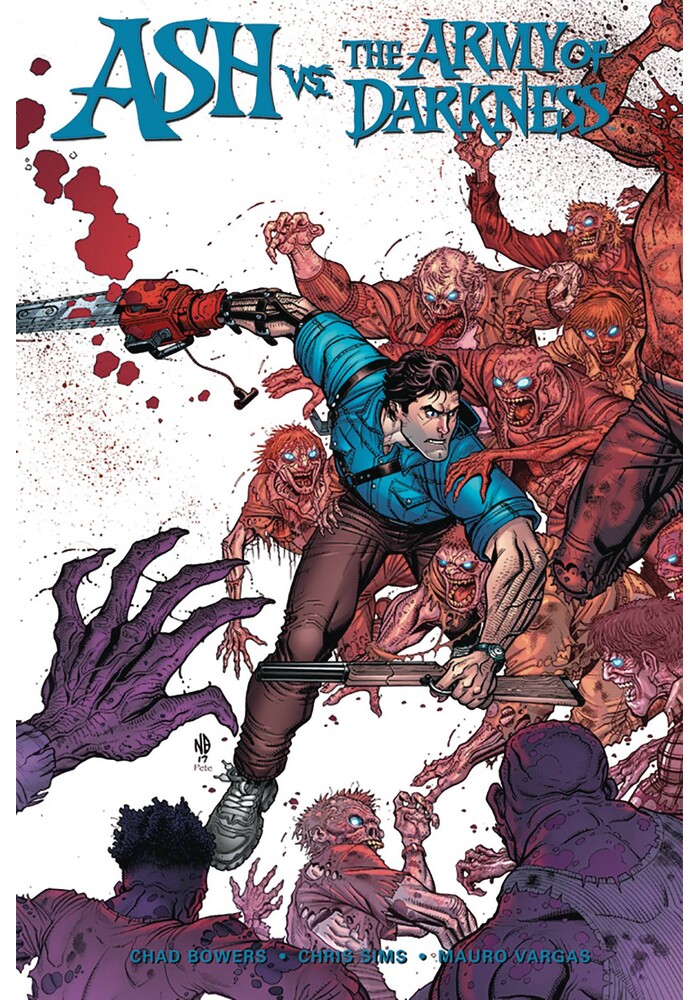 ASH VS THE ARMY OF DARKNESS TP

'The name is Ash, but you can call me Mr. Williams!' Ash finds out the hard way that major corporations frown upon the dismemberment of Deadites on company property and has to seek a new form of employment. What better place for the man with the chainsaw hand to be than in the public school system! The Chosen One goes undercover as a substitute teacher to find out who is messing with the Necronomicon. Along the way he encounters a secret government agency called S.M.A.R.T. who are charged with ridding the world of the undead menace. Oh, and they have modeled themselves after the methods of everyone's new favorite 'cool' teacher. Ash vs. The Army of Darkness collects issues #0-5 of the series written by Chad Bowers & Chris Sims (X-Men '92, SwordQuest) and artists Mauro Vargas (Star Wars) & Sam Lotfi (DC New Talent Showcase). 'Sims and Bowers populate their script with high school archetypes, all appropriately horrified at the violence that Ash brings with him, which also compliments the Saturday Morning Cartoon memories that Vargas' long and angular figures evoke. A fresh new look for a gory old hound.' - Newsarama 'If you're a fan of Ash, the Evil Dead, Army of Darkness or just good bloody fun, Ash Vs. The Army Of Darkness is exactly what you've been waiting for.' - Fortress of Solitude 'It's clear Ash vs. The Army of Darkness is crafted by fans of the Evil Dead universe, for fans of the Evil Dead universe, while keeping the story accessible enough for the uninitiated to have a good time.' - Outright Geekery 'Éa must-read for those who enjoy dancing with Deadites and a good soul sucking.' - THE BRAZEN BULL
Be the first to write a review!
Path: Home > AMERICAN > DYNAMITE ENTERTAINMENT TRADE PAPERBACKS > ASH VS THE ARMY OF DARKNESS TP