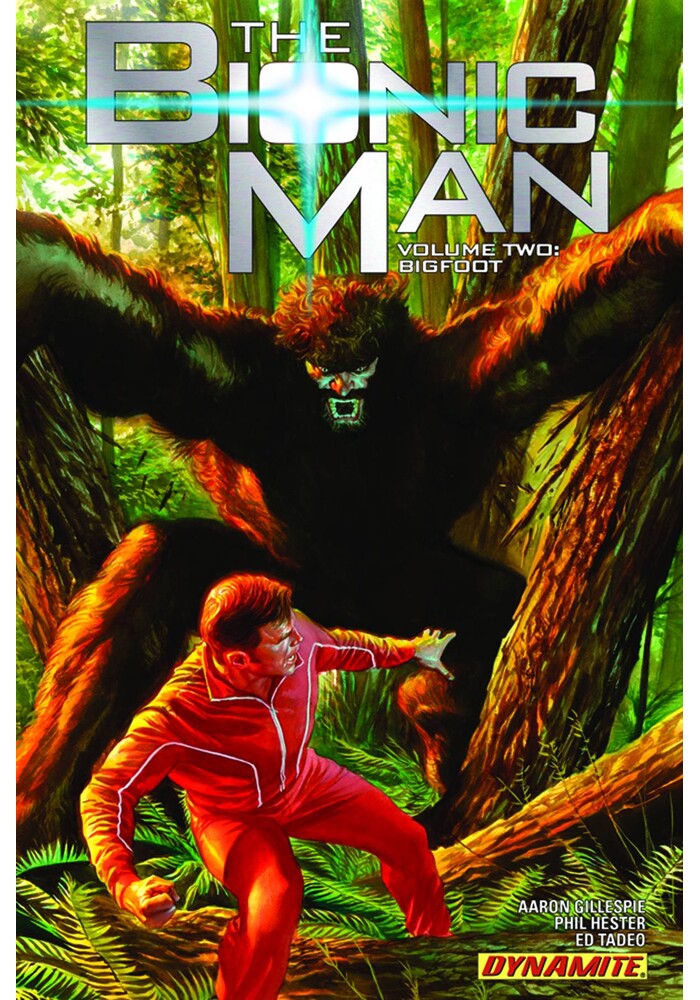 Steve Austin, the unstoppable hero of The Six Million Dollar Man, tracks a deadly conspiracy to foreign territory, where he discovers his strangest adversary yet - the legendary Bigfoot! What is this unnatural creature of primal instincts and mechanical parts? What role does the Bionic Man play in the monster's origin? If one such Bigfoot exists, could others still roam the wilderness... or be manufactured on an assembly line? Also, Steve Austin has a tearful reunion with Jaime Sommers. How will he react when he discovers a terrible truth - that he may have unwittingly been responsible for the tragic accident that transformed her into the Bionic Woman, and erased her memories?
Be the first to write a review!
Path: Home > AMERICAN > DYNAMITE ENTERTAINMENT TRADE PAPERBACKS > BIONIC MAN TP VOL 02 BIGFOOT