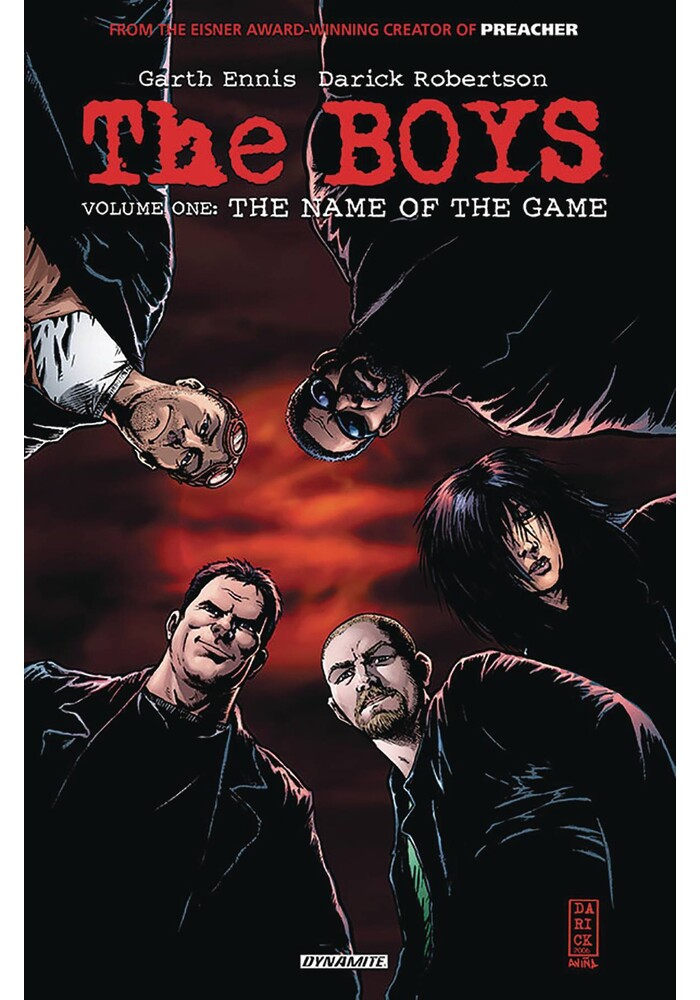 This is going to hurt! In a world where costumed heroes soar through the sky and masked vigilantes prowl the night, someone's got to make sure the 'supes' don't get out of line. And someone will! Billy Butcher, Wee Hughie, Mother's Milk, The Frenchman, and The Female are The Boys: A CIA-backed team of very dangerous people, each one dedicated to the struggle against the most dangerous force on Earth - superpower! Some superheroes have to be watched. Some have to be controlled. And some of them - sometimes - need to be taken out of the picture. That's when you call in The Boys! The Boys Vol. 1: The Name of the Game collects the first six issues of the hit series The Boys by Garth Ennis (Preacher, The Punisher) and drawn by Darick Robertson (Transmetropolitan, Wolverine)!