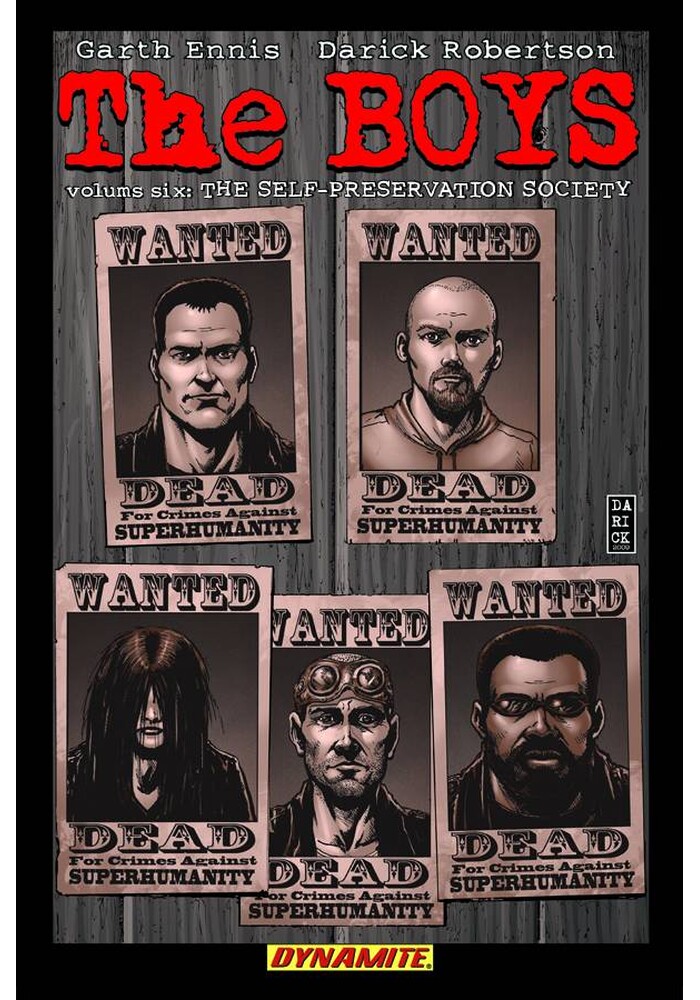 Featuring an introduction by Lost creator Damon Lindelof! It had to happen sooner or later: the supes get mad enough to go after the Boys. One of the world's most powerful superteams decides to hit our heroes, all guns blazing, and the Female is the first to fall into their lethal trap. Meanwhile, Hughie is still plagued with doubt, and Annie finds herself on the receiving end of the worst new look ever- in THE SELF-PRESERVATION SOCIETY! Also collecting issues 35-38 featuring the unbelievable origins of The Boys!