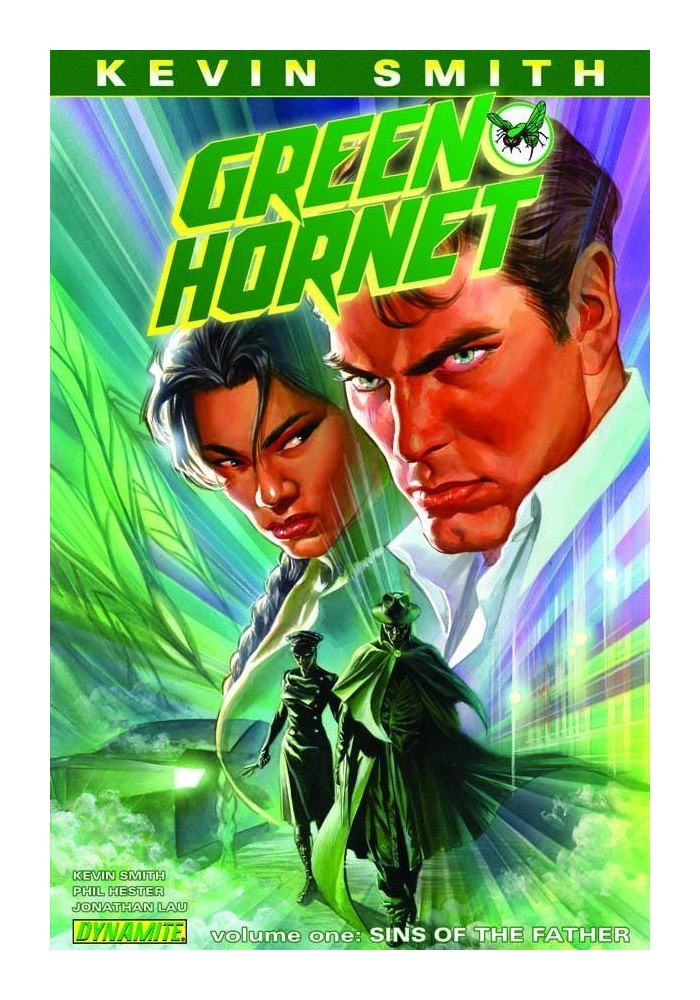 The Green Hornet is back, and Dynamite is the new home for the avenging hero, his faithful sidekick, Kato and their sweet ride - the Black Beauty! Playboy Britt Reid Jr. has lived a frivolous life of luxury. But when a mysterious figure from the past brutally and publicly murders his father, all of that changes. Now, driven by a thirst for vengeance and guided by two generations of Katos, this one time underachiever will find those responsible and take his father's place as Century City's greatest protector - The Green Hornet! Collecting issues one through five of the series based on Kevin Smith's unproduced Green Hornet film, this volume also features a complete cover gallery by industry greats Alex Ross, John Cassaday, J. Scott Campell and more, as well as an introduction by the man himself, Kevin Smith!
Be the first to write a review!
Path: Home > AMERICAN > DYNAMITE ENTERTAINMENT TRADE PAPERBACKS > KEVIN SMITH GREEN HORNET TP VOL 01 SINS O/T FATHER