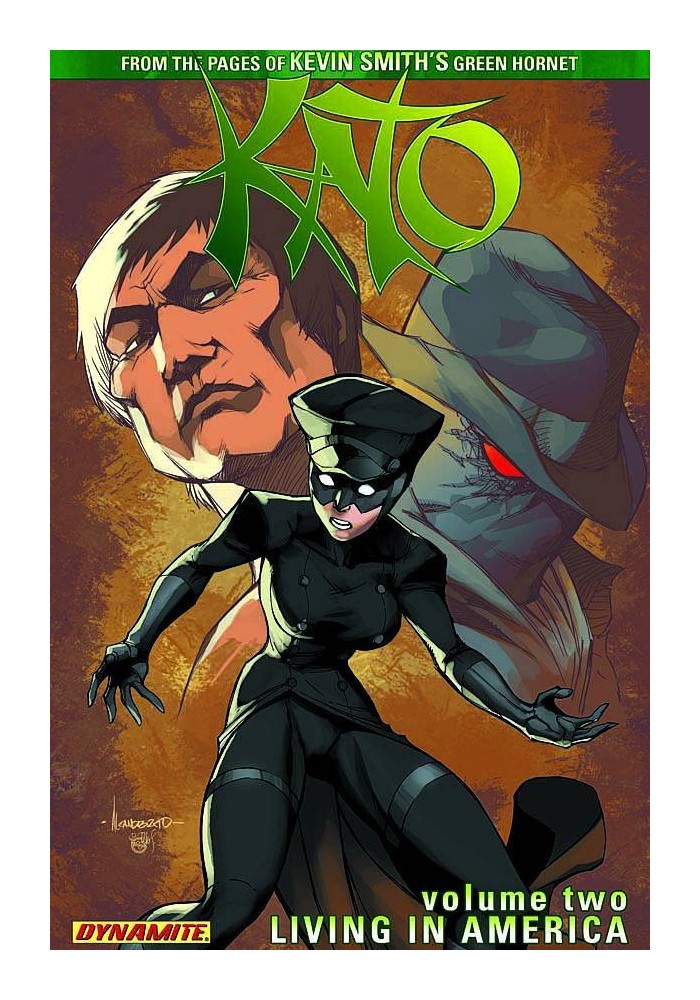 From the pages of Kevin Smith's Green Hornet comes this thrilling offshoot, starring Mulan Kato, daughter of the Green Hornet's faithful companion, Kato! Having squared off against Black Hornet in Japan, the new Kato travels to the states to continue the battle against the man who killed her mother. As Kato begins her quest in America, she finds herself facing off against a league of Black Hornet's Swarm ninjas, as well as a gang of super-deadly teen assassins! Collecting issues #6-10 of the series, along with bonus material and a complete cover gallery.
Be the first to write a review!
Path: Home > AMERICAN > DYNAMITE ENTERTAINMENT TRADE PAPERBACKS > KEVIN SMITH KATO TP VOL 02 LIVING IN AMERICA