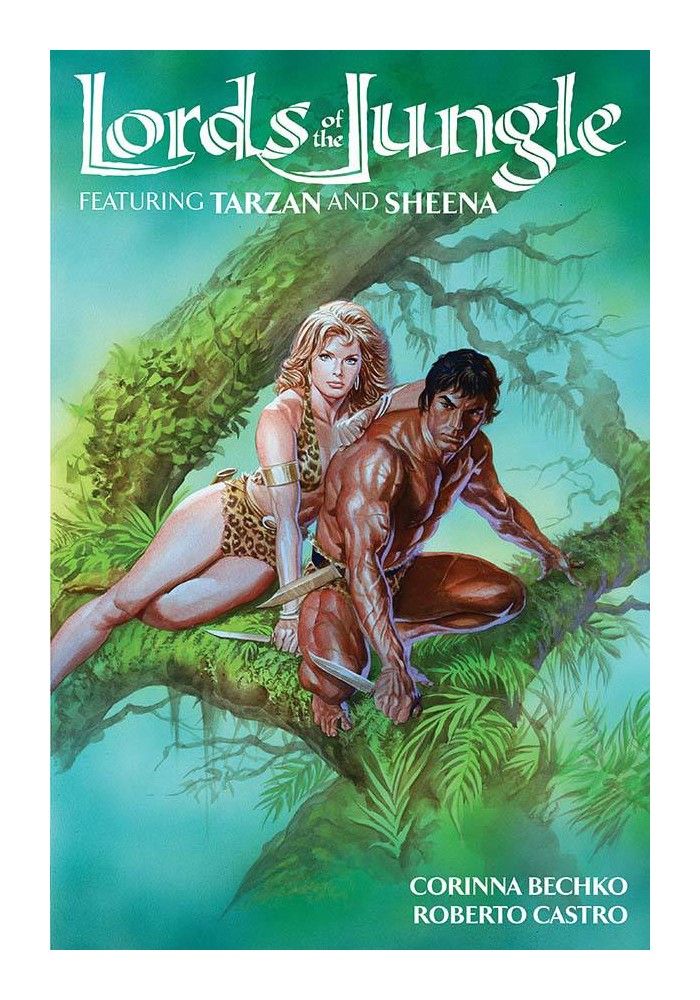 LORDS OF THE JUNGLE TP

Tarzan has long been the protector of his jungle stronghold... but now he journeys deep into his enemy's territory: the heart of London! Half a world away and nearly a century later, Sheena battles foes of her own when she is mysteriously swept through time and space to 1930's Africa, leaving her own land unprotected. Will these two Lords of the Jungle find enough common ground to join forces? Or will the resulting culture clash lead to mutual destruction? For the first time ever, literary great Edgar Rice Burroughs' Lord of the Jungle teams up with Sheena, the Queen of the Jungle created by comic book legends Will Eisner and Jerry Iger!
Be the first to write a review!
Path: Home > AMERICAN > DYNAMITE ENTERTAINMENT TRADE PAPERBACKS > LORDS OF THE JUNGLE TP