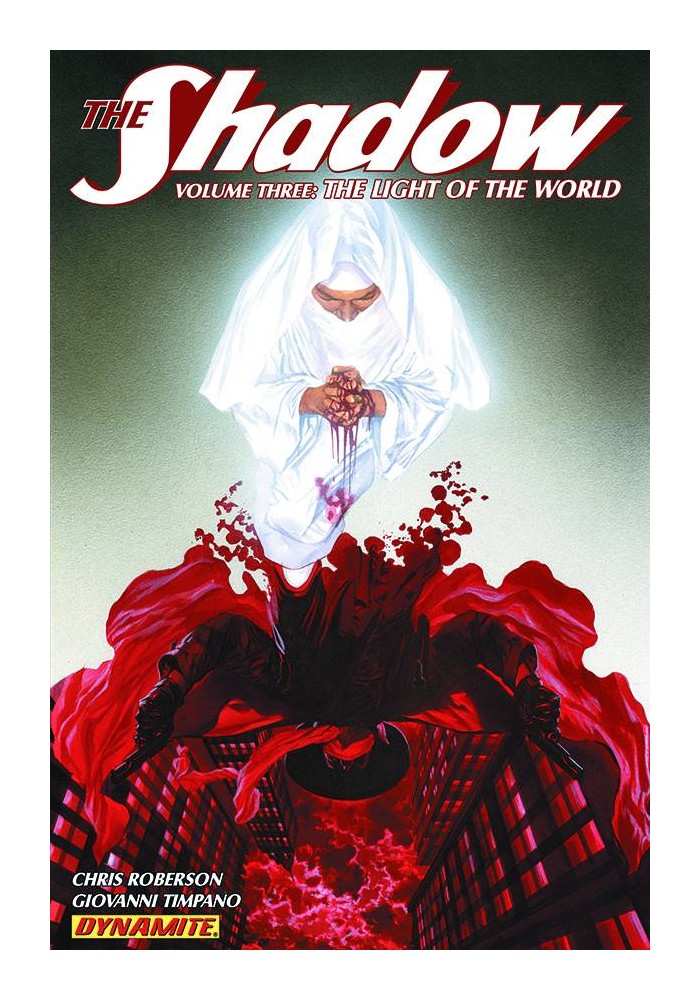 The Shadow, the mysterious crime-fighter who knows what evil lurks in the hearts of men, is on the hunt for a serial murderer in the darkened streets of New York. At each crime scene, eyewitnesses have spotted the spectral figure of a woman in white. But what is the connection between these killings and the shining, blade-wielding woman known only as 'The Light'? The Shadow must unravel the mystery before the killer strikes again! Collects the complete six-issue comic book storyline from The Shadow #13-18.
Be the first to write a review!
Path: Home > AMERICAN > DYNAMITE ENTERTAINMENT TRADE PAPERBACKS > SHADOW TP VOL 03 LIGHT OF WORLD