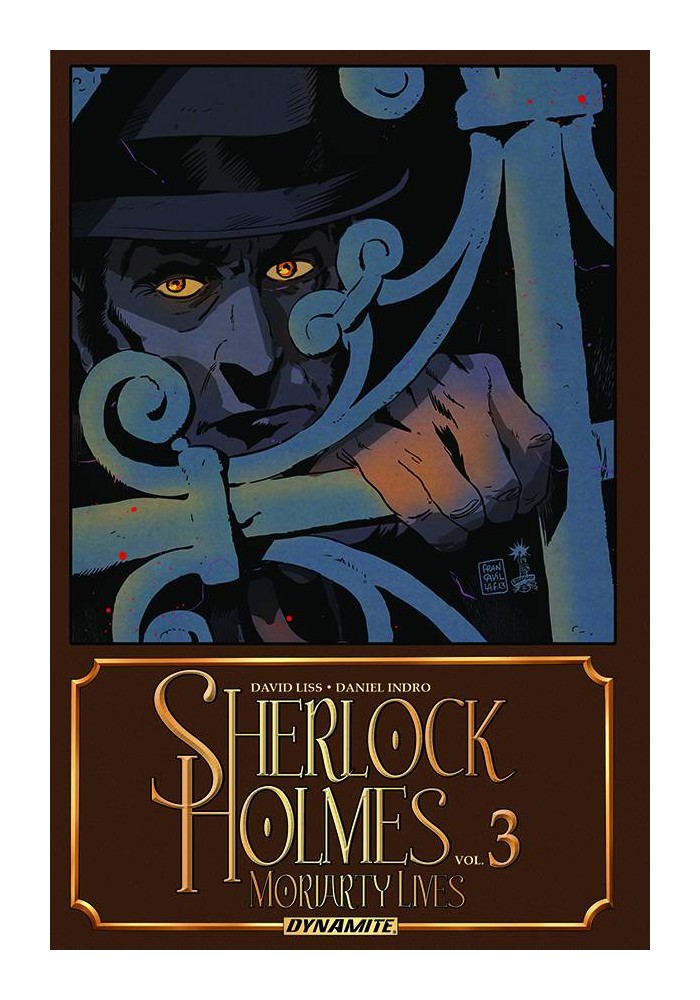 His name was Professor James Moriarty, known to many as 'The Napoleon of Crime' and the master of a vast association of thieves, extortionists, smugglers, fences, and ladies of questionable virtue. And, over Reichenbach Falls in 1891, he fell to his doom alongside his arch rival, the glory-seeking detective Sherlock Holmes... or did he? Washed ashore in a strange town in Switzerland, Moriarty is alone, penniless, and lacking his network of thieves. Will his cunning and guile be enough against Baron von Hohenheim, a foe whose ruthlessness rivals his own? Driven by a solemn promise to a dead woman, Moriarty begins a clever campaign of murderous revenge. It's one of the most notorious villains of all time as you've never seen him!
Be the first to write a review!
Path: Home > AMERICAN > DYNAMITE ENTERTAINMENT TRADE PAPERBACKS > SHERLOCK HOLMES TP VOL 03 MORIARTY LIVES