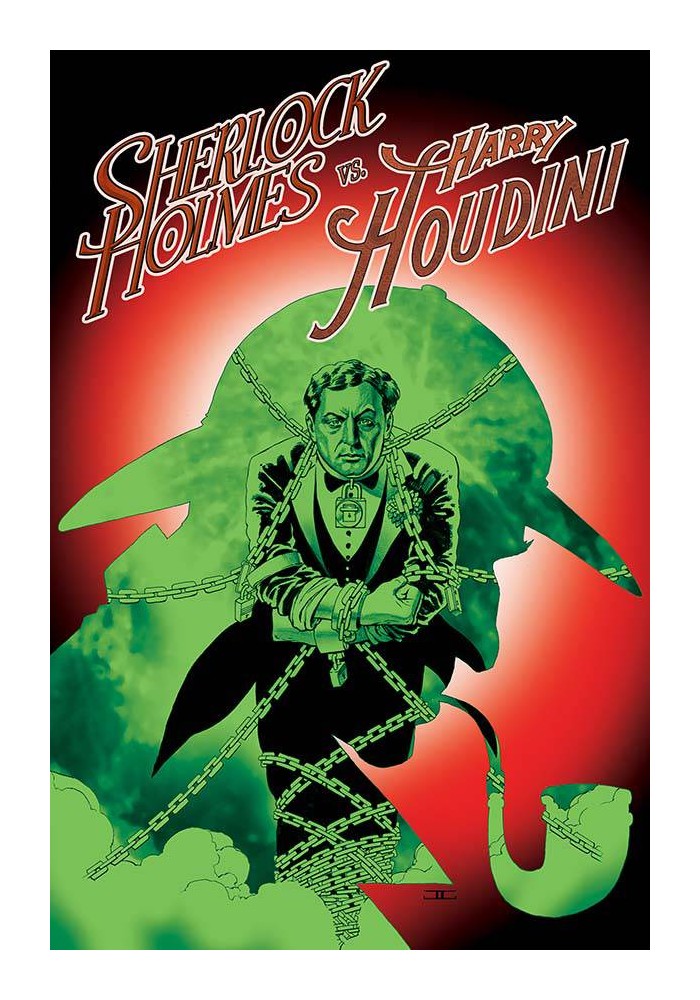 The world's most famous detective meets the world's most famous magician... and death ensues! Famed sleuth Sherlock Holmes and brash showman Harry Houdini must combine forces to defeat a mysterious mystic dedicated to destroying Houdini's career and killing anyone who gets in his way. Written by Anthony Del Col and Conor McCreery, the Harvey Award-nominated creators of Kill Shakespeare!
Be the first to write a review!
Path: Home > AMERICAN > DYNAMITE ENTERTAINMENT TRADE PAPERBACKS > SHERLOCK HOLMES VS HARRY HOUDINI TP