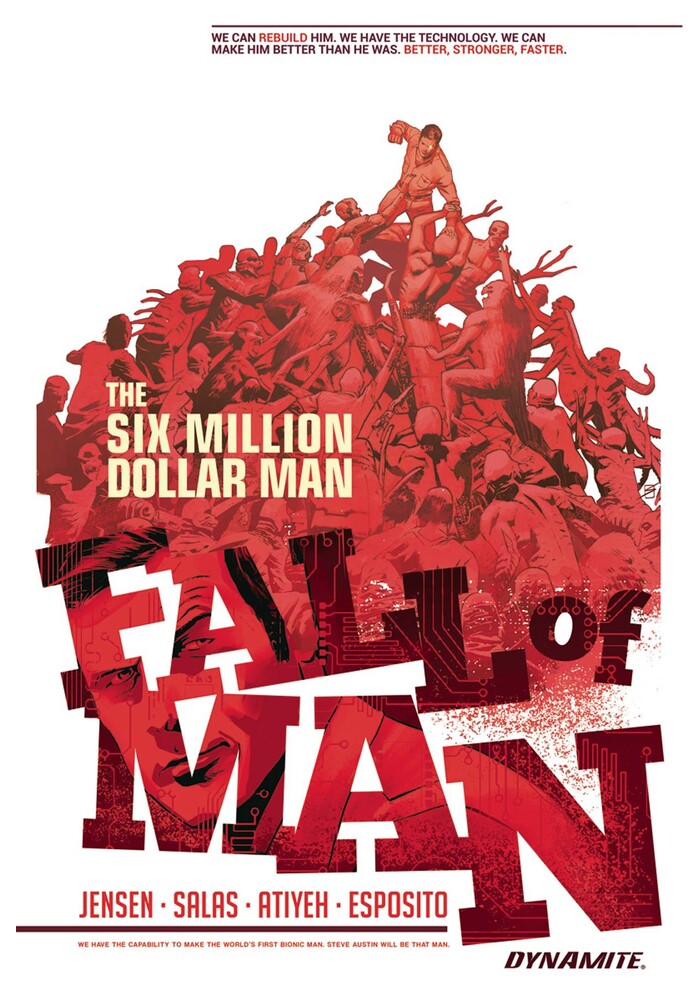 The year is 1979. Iran has seized American hostages. Columbian drug cartels run rampant. Amid this deeply troubled world, Steve Austin - the legendary Six Million Dollar Man - is America's best hope in its fight against innumerable enemies. When Steve discovers disturbing secrets in OSI's past, he uses his cybernetic upgrades to rebel against the agency... but he'll face plenty of threats, like an enemy cyborg, lasers, and ninjas!
Be the first to write a review!
Path: Home > AMERICAN > DYNAMITE ENTERTAINMENT TRADE PAPERBACKS > SIX MILLION DOLLAR MAN FALL OF MAN TP