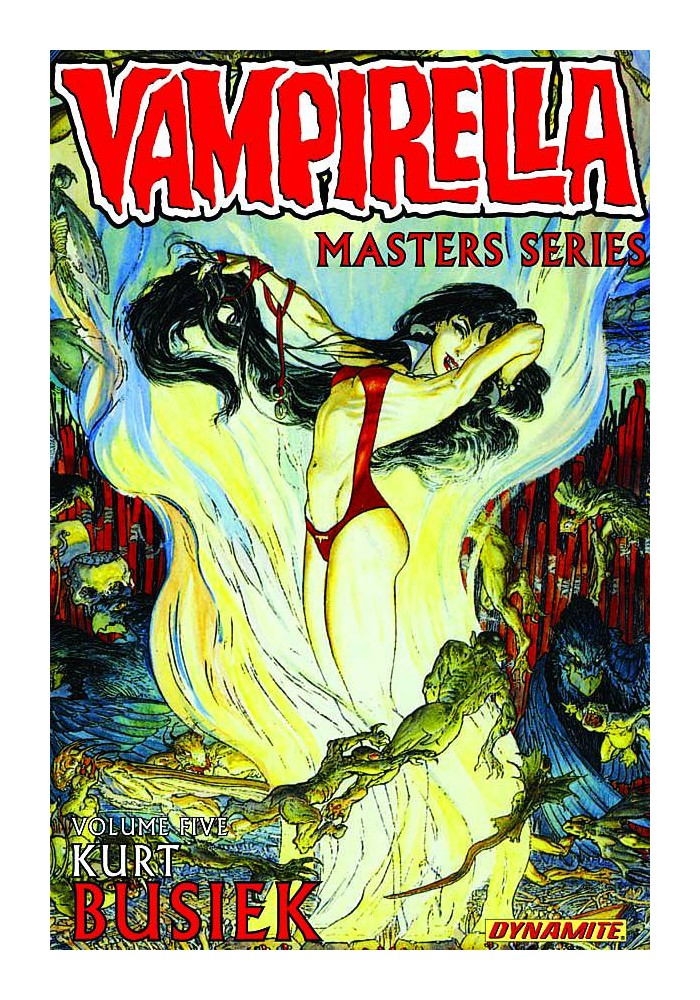 For the first time ever! Collected in this massive trade! Vampirella enters the modern era courtesy of Kurt Busiek. From the 1991 classic limited series 'Morning In America' comes Vampirella's resurgence as she prepares to battle a new threat from the Cult Of Chaos in the form of Nathan Shroud and the Unseelie Congress by Kurt Busiek and Louis LaChance. Volume 5 also collects three short stories from the Vampirella Summer Nights Special from 1992 which chronicle some of the key players from Morning In America such as Adam and Pendragon, written once again by Kurt Busiek with art by top talents like Dave Cockrum, James Fry and Richard Howell. These classic stories were originally in black and white but have been re-mastered and re-colored. Also included is Vampirella: Dracula War collecting issues 1-4 of Vampirella's 1993 series, written by Kurt Busiek and Tom Sniegoski with art by Jim Balent and Louis Small Jr. All this and more!
Be the first to write a review!
Path: Home > AMERICAN > DYNAMITE ENTERTAINMENT TRADE PAPERBACKS > VAMPIRELLA MASTERS SERIES TP VOL 05 KURT BUSIEK