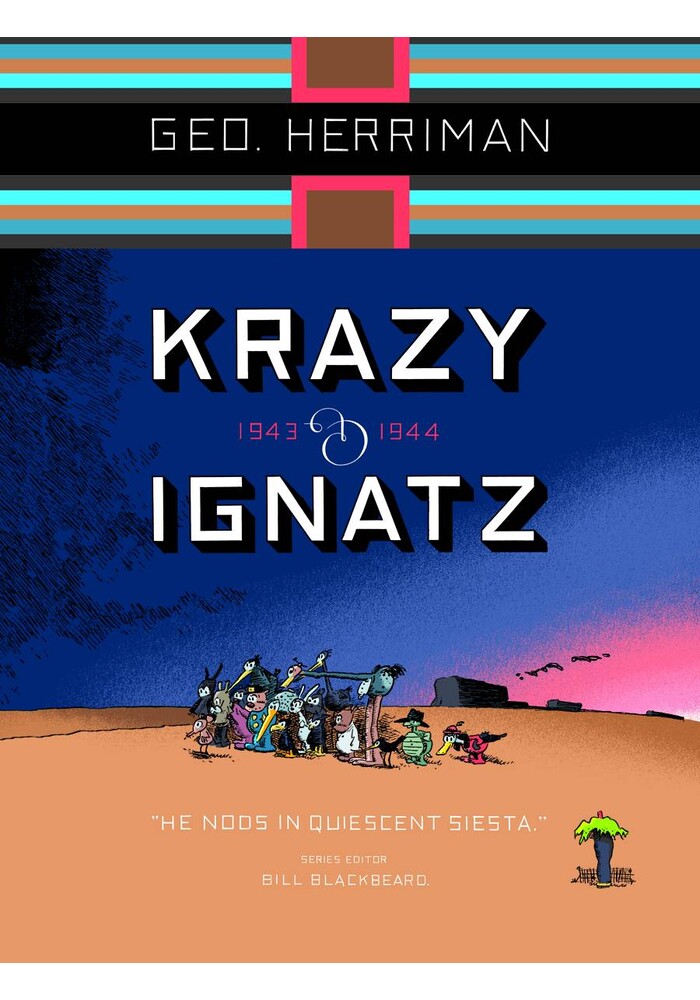 KONCLUDING THE KOMPLETE KRAZY KAT KOLOR SUNDAYS! Krazy and Ignatz 1943-1944 covers the last two years of Herriman's master-piece. With this volume, Fantagraphics and its precursor Eclipse will have reprinted the entire 29-year run of the Krazy Kat Sundays! Like Charles Schulz, George Herriman was a cartoonist to the very end. Aside from collecting the last masterful year and a half of 'Krazy Kat,' this new volume will offer a retrospective look at Herriman's life at the drawing table, offering many never before seen samples of his original art (which the cartoonist often lovingly hand-colored for friends). Gathered from many scattered collections, these pages testify to Herriman's invererate passion for drawing. Rounding out the volume are scores of Krazy Kat daily strips also from Herriman's last years, further testament to the cartoonists vitality. Series editor and veteran comics historian, Bill Blackbeard, also provides a concluding, wide-ranging essay on the life and art of Herriman. More than a simple reprint collection, Krazy and Ignatz 1943-1944 portrays the full range of a cartoonist who remained an artist all his life.
Be the first to write a review!
Path: Home > AMERICAN > FANTAGRAPHICS GRAPHIC NOVELS > KRAZY & IGNATZ TP 1943 1944 HE NODS QUIESCENT SIESTA