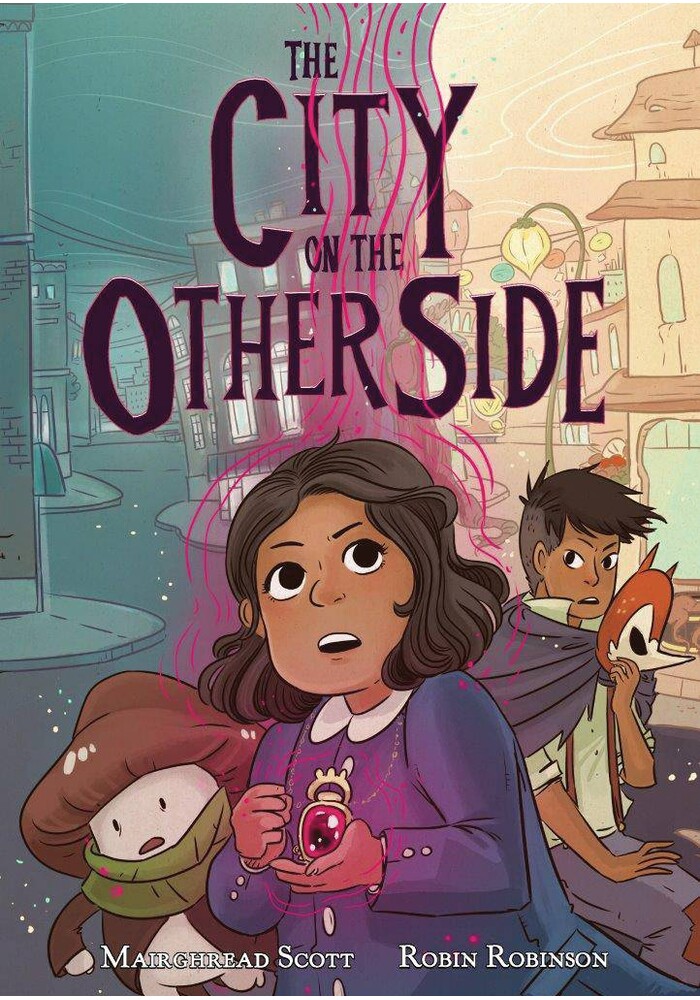 CITY ON OTHER SIDE HC GN

When a wealthy and sheltered young girl stumbles into a pitched war between two fairy kingdoms, the fate of San Francisco itself hangs in the balance! The first decade of the twentieth century is coming to a close, and San Francisco is still recovering from the great earthquake of 1906. Isabel watched the destruction safely from her window, sheltered within her high-society world. Isabel isn't the kind of girl who goes on adventures. But that all changes when she stumbles through the invisible barrier that separates the human world from the fairy world. She quickly finds herself caught up in an age-old war and fighting on the side of the Seelie-the good fairies.

Be the first to write a review!
Path: Home > AMERICAN > FIRST SECOND GRAPHIC NOVELS > CITY ON OTHER SIDE HC GN