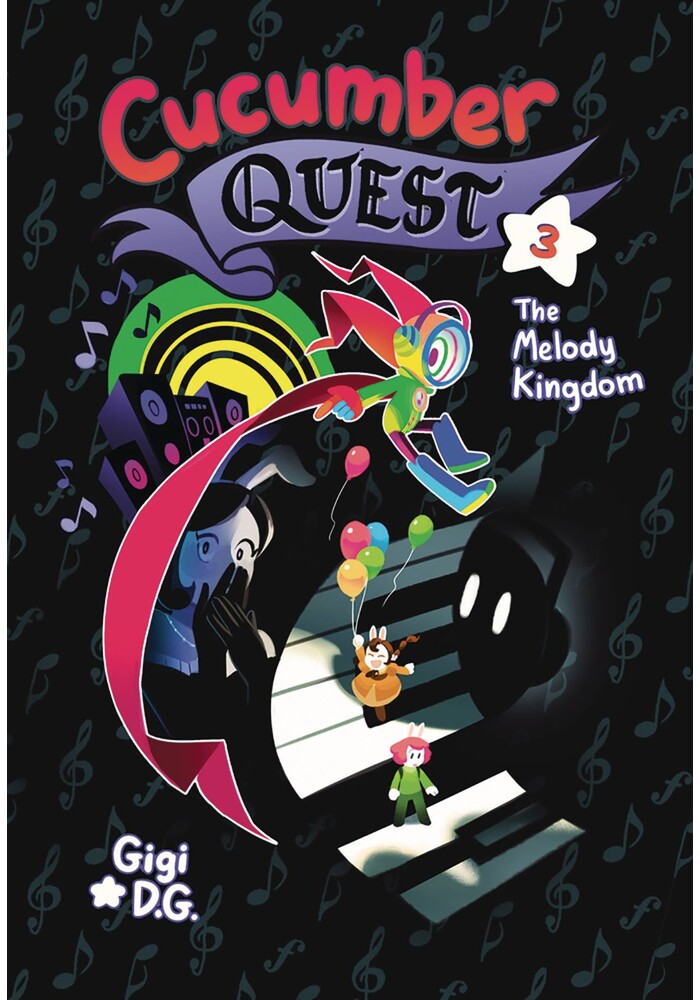 The third volume in a delightfully pun-filled middle-grade graphic novel about bunny siblings on a heroic journey. Now with Princess Nautilus as part of their entourage, Cucumber and Almond travel to Trebleopolis to warn Princess Piano that Noisemaster, second of the Nightmare Knight's minions, might be after her! Unfortunately, they arrive just in time for Queen Cymbal's birthday and the Queen refuses to stop the festivities . . . that is until Noisemaster succeeds in capturing Princess Piano and threatens to destroy the city. Adapted from the popular webcomic series of the same name, Cucumber Quest: The Melody Kingdom is the third book of a clever, adorable, and hilarious four-volume heroic adventure that is sure to make you hungry for sweets and action.
Be the first to write a review!
Path: Home > AMERICAN > FIRST SECOND GRAPHIC NOVELS > CUCUMBER QUEST HC GN VOL 03 MELODY KINGDOM