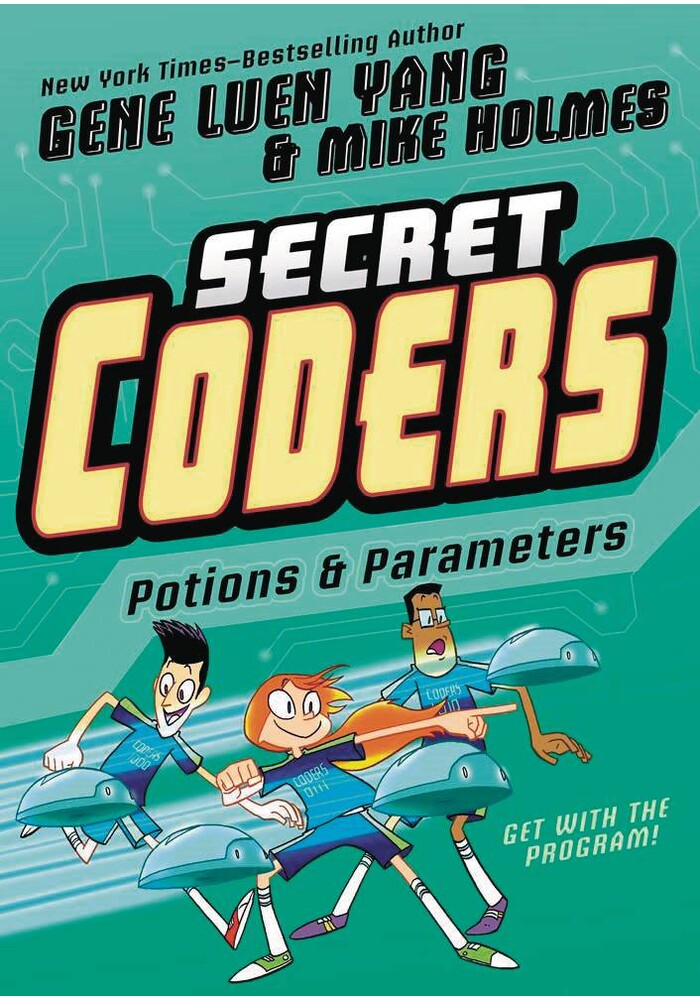 The coders are back in the fifth volume of the hit computer-programming series that combines logic puzzles and basic coding instruction with a page-turning mystery plot from New York Times-bestselling author Gene Luen Yang. At long last, the Coders have found Hopper's missing father-but he's not the same. He drank Professor One-Zero's poisonous concoction, Green Pop. Now he's in a blissful stupor and all he cares about is the color green. Professor One-Zero won't stop until the whole town has joined his 'green revolution.' There's only one weapon that can defeat him, and unfortunately, it's in another dimension. But that won't stop Hopper, Eni, and Josh! Available in Softcover and Hardcover editions.
Be the first to write a review!
Path: Home > AMERICAN > FIRST SECOND GRAPHIC NOVELS > SECRET CODERS GN VOL 05 POTIONS & PARAMETERS