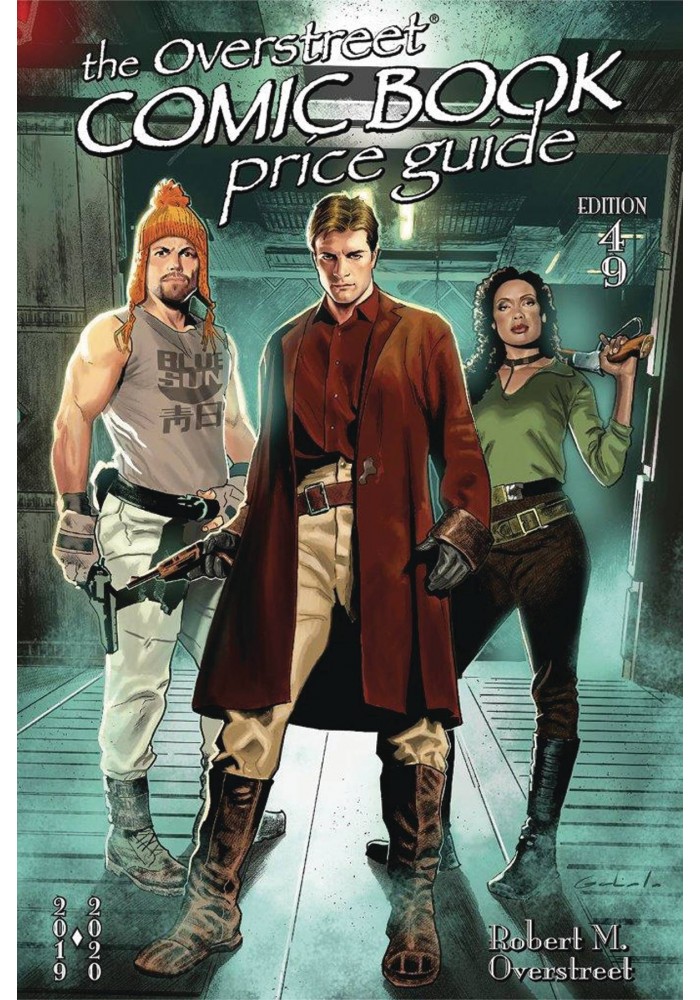 Batman's 80th anniversary, Zorro's 100th anniversary, and a remembrance of Stan Lee are included in the highlights of The Overstreet Comic Book Price Guide Volume 49 as the Bible of serious comic book collectors, dealers and historians returns with its newest edition! The Guide has been your source for new prices, new feature articles, new additions to the Overstreet Hall of Fame, new market reports and more. Available with three covers: the cover by Tony Daniel features The Joker, Catwoman, The Riddler, Poison Ivy and The Penguin, some of Batman's deadliest foes; the Firefly cover featuring Mal, Zoe, and Jayne by Diego Galindo; and this year's Hall of Fame cover features Zorro by Michael Kaluta. Note: The hardcover editions will be printed to orders, so be sure to order your copy!
Be the first to write a review!
Path: Home > AMERICAN > GEMSTONE PUBLISHING BOOKS > OVERSTREET COMIC BK PG SC VOL 49 FIREFLY