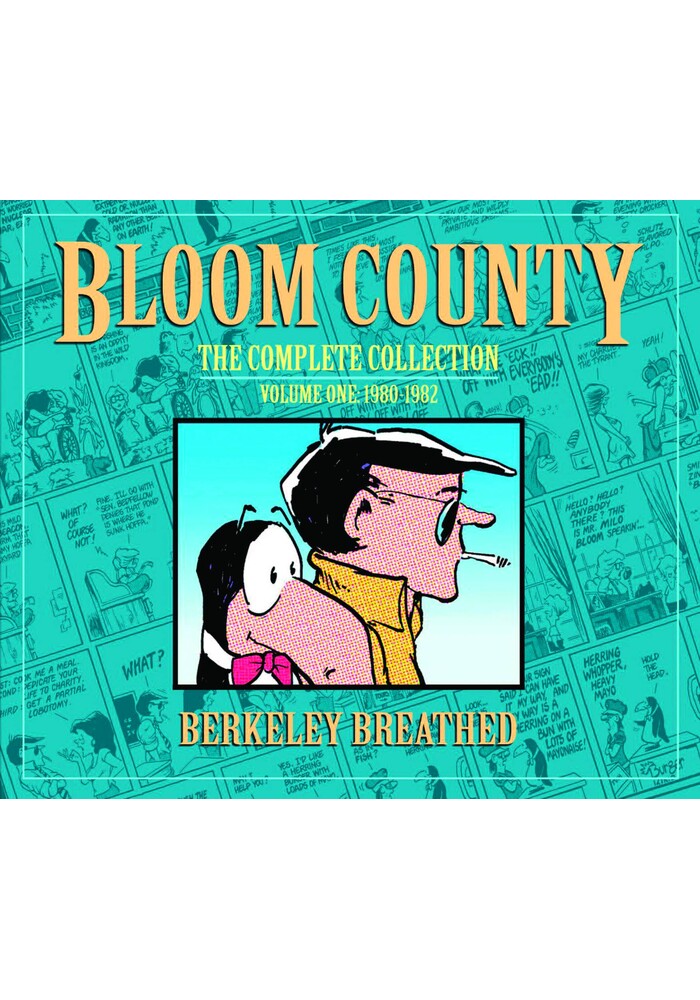 Collecting every strip from December 8, 1980, through September 26, 1982, in chronological order, with a new cover inset by Breathed. Berkeley Breathed's Bloom County burst onto the American comic scene in December 1980 and it soon became one of the most popular comic strips of all time. The endearing and quirky denizens of the strip included Milo Bloom, Steve Dallas, Michael Binkley, Cutter John, Bill the Cat, and Opus the penguin. Bloom County was a strip that dealt with many issues relevant to the period. Occasional 'Context Pages' are being added throughout this collection, giving the reader a greater understanding of the time. This is the first time Bloom County has been collected in a handsome hardcover library, five volumes in all. Each newspaper strip is reproduced in chronological order from first to last. Great effort has been made to ensure the highest production values are achieved. Most strips were either shot from printer's proofs or Breathed's own original art. This is the first of five volumes. Book design by Eisner Award-winning designer Dean Mullaney.