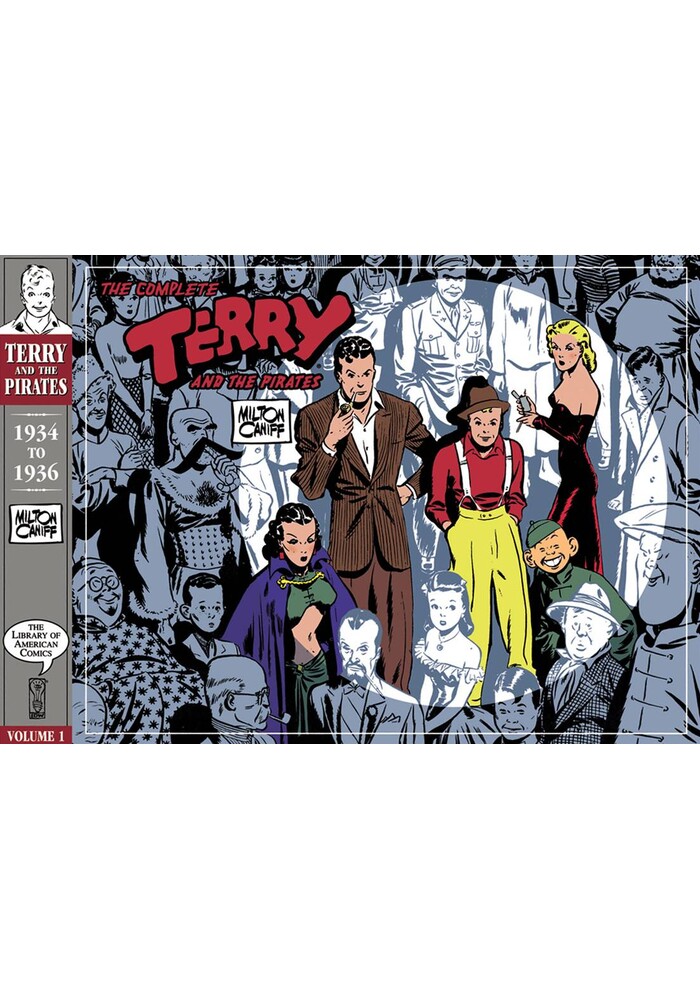 Celebrating the centennial of cartoonist Milton Canifff's birth, IDW Publishing will publish a six-book series, collecting the entirety of Caniff's groundbreaking newspaper adventure strip, Terry and the Pirates. The Sunday pages will be reproduced in their original color, alongside the daily black-and-white strips. Volume One contains more than 800 consecutive strips, from the series' beginning in October 1934 through the end of 1936.