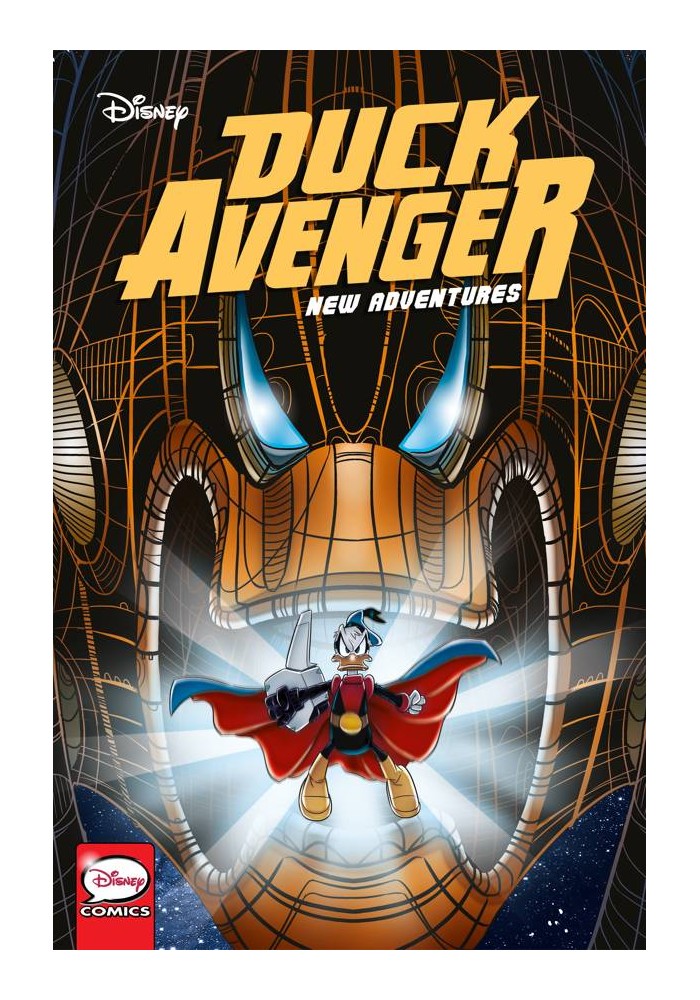 The world's most famous duck, as you've never seen him before! Join Donald Duck's super-hero alter ego in exciting sci-fi adventures! The quest goes on for Donald as Duck Avenger-in the new-to-USA sci-fi tales that fans want most, with alien hordes, mad supercomputers, and vengeful reporter Angus Fangus aboard! Even with help from galactic warrior Xadhoom and cunning Lyla Lee, Donald's in way over his head... and that's just where we want him! Collects issues #3-5.
Be the first to write a review!
Path: Home > AMERICAN > IDW TRADE PAPERBACKS > DUCK AVENGER NEW ADVENTURES TP BOOK 02