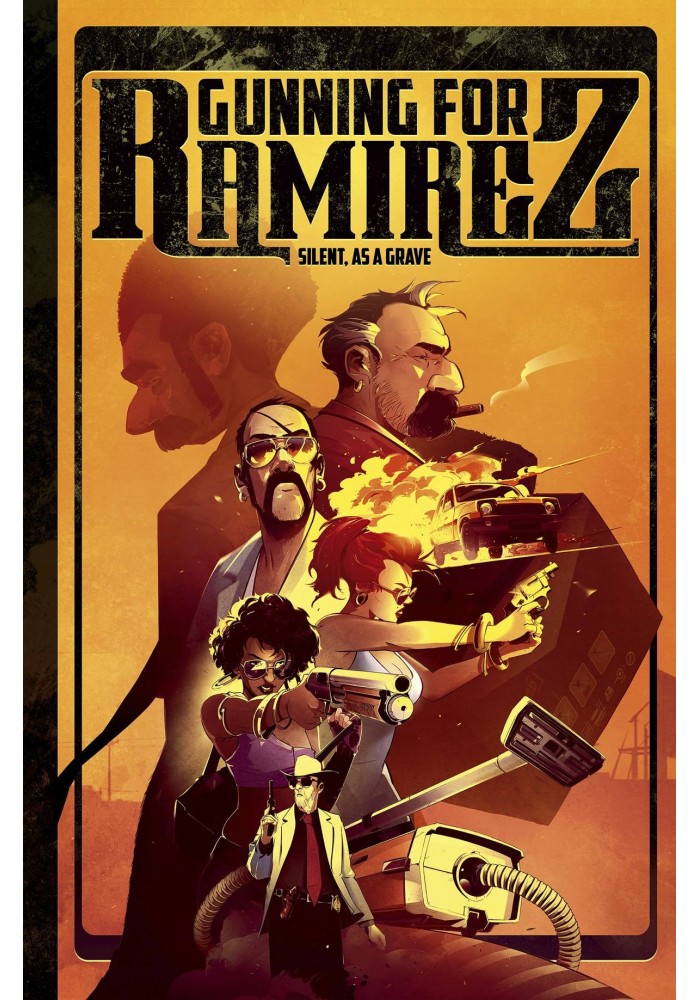 GUNNING FOR RAMIREZ SILENT AS A GRAVE TP

ADVANCE SOLICITED FOR APRIL RELEASE! Mistaken identity and international crime come crashing together on the comics page in the latest graphic epic from game designer Nicolas Petrimaux. With luscious, video game-inspired backgrounds and whipsmart action, Gunning for Ramirez's bold illustration brings the American Southwest to life, where Juan Ramirez is the top vacuum cleaner repairman at a home appliance company. But to the cadre of Tijuana cartel thugs looking for revenge on a deadly hitman that betrayed them, he is their man: Ramirez. And once they find him, they will do anything to hit their target. GUNNING FOR RAMIREZ IS AS MUCH A DESCENDAnt of Friedkin's To Live and Die in L.A. as it is Tarantino's Pulp Fiction or Rodriguez's Mexico Trilogy. Game designer Nicolas Petrimaux brings his vision to comics!
Be the first to write a review!
Path: Home > AMERICAN > IDW TRADE PAPERBACKS > GUNNING FOR RAMIREZ SILENT AS A GRAVE TP