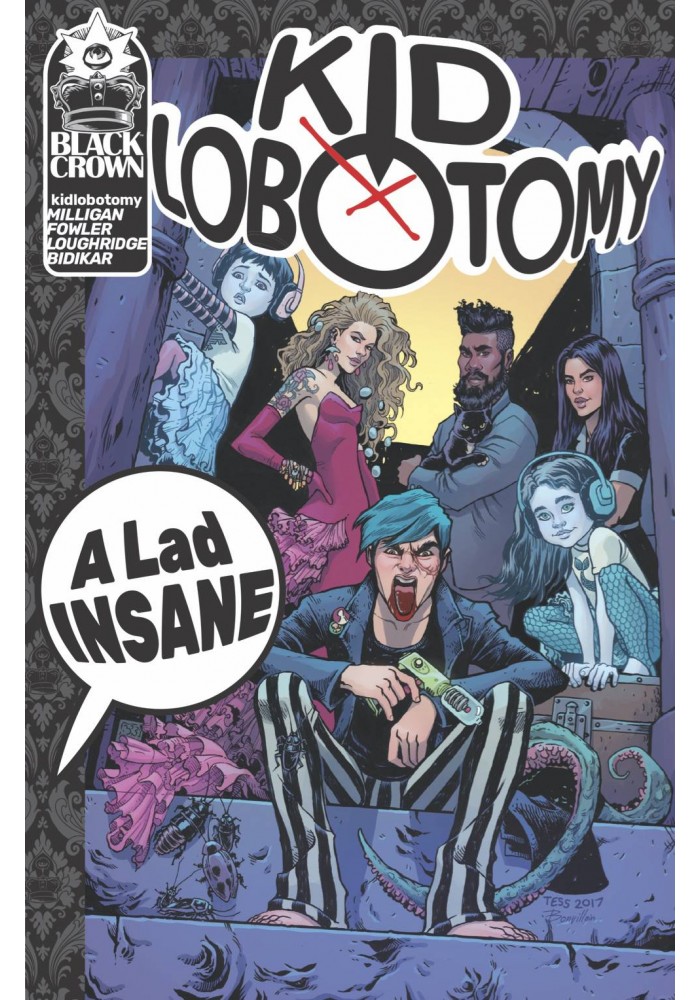 Meet Kid, the youngest descendant of a rich, demented hotelier named Big Daddy. Kid is the newly appointed manager of 'The Suites,' but his good looks and swagger can't hide a rough childhood of strange therapies and brain operations that have awakened inner demons and psychodramas. This of course makes him eminently qualified to perform lobotomies. A failed rockstar/successful madman gets one last chance to prove his worth - and regain his sanity - by turning the hotel that was once his childhood sanctuary into a lucrative business despite a host of obstacles including seductive shapeshifters, dead literary heroes and Kid's own sister, who would love nothing more than to see him fail miserably. 'A giddy ride to the outer limits of the imagination.' -Ian Rankin, author of Inspector Rebus 'É They've tapped into Kafka, Shakespeare, Bowie and BurroughsÉ' -DOOMROCKET 'Éan absolute madhouse...' -ADVENTURES IN POOR TASTE
Be the first to write a review!
Path: Home > AMERICAN > IDW TRADE PAPERBACKS > KID LOBOTOMY TP VOL 01