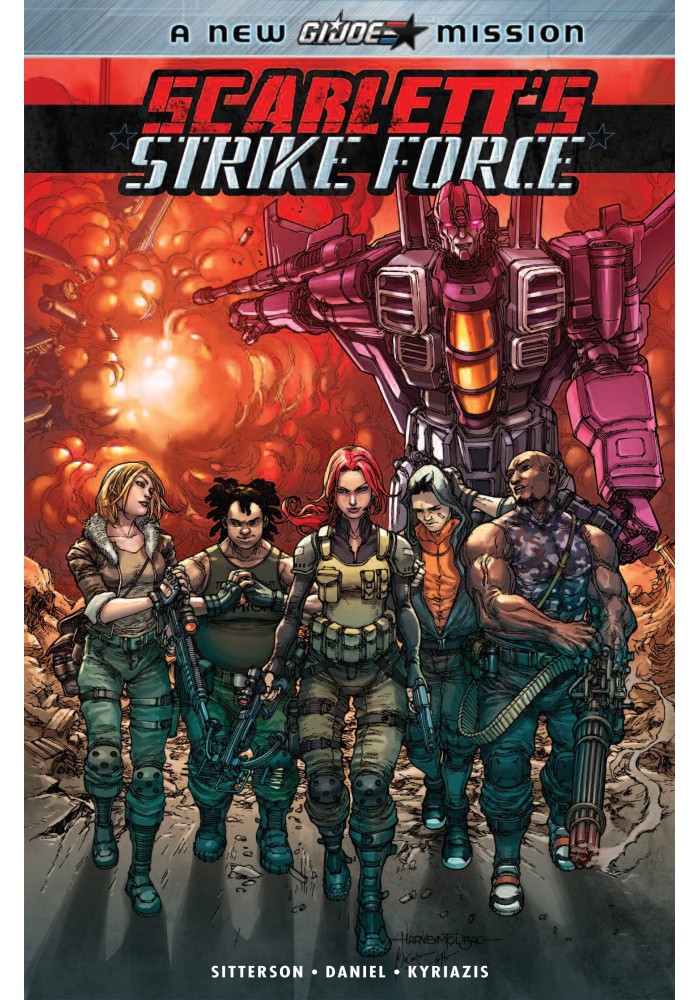 Advance solicited for June release! They've fought back invasions from home and afar - now, they're back on Earth, and ready to take on the wildest, weirdest threats out there! It's Scarlett's G.I. JOE team, the Strike Force, against a brand-new Cobra Commander, a revitalized Cobra, and everyone else trying to conquer Earth... or destroy it! Featuring all-stars of the Hasbro line as M.A.S.K.: Mobile Armored Strike Kommand and the Transformers bots join G.I. Joe in the fight against Cobra! Collects issues #1-3, the G.I. JOE First Strike One-Shot, and the M.A.S.K.: Mobile Armored Strike Kommand First Strike One-Shot.
Be the first to write a review!
Path: Home > AMERICAN > IDW TRADE PAPERBACKS > SCARLETTS STRIKE FORCE TP VOL 01