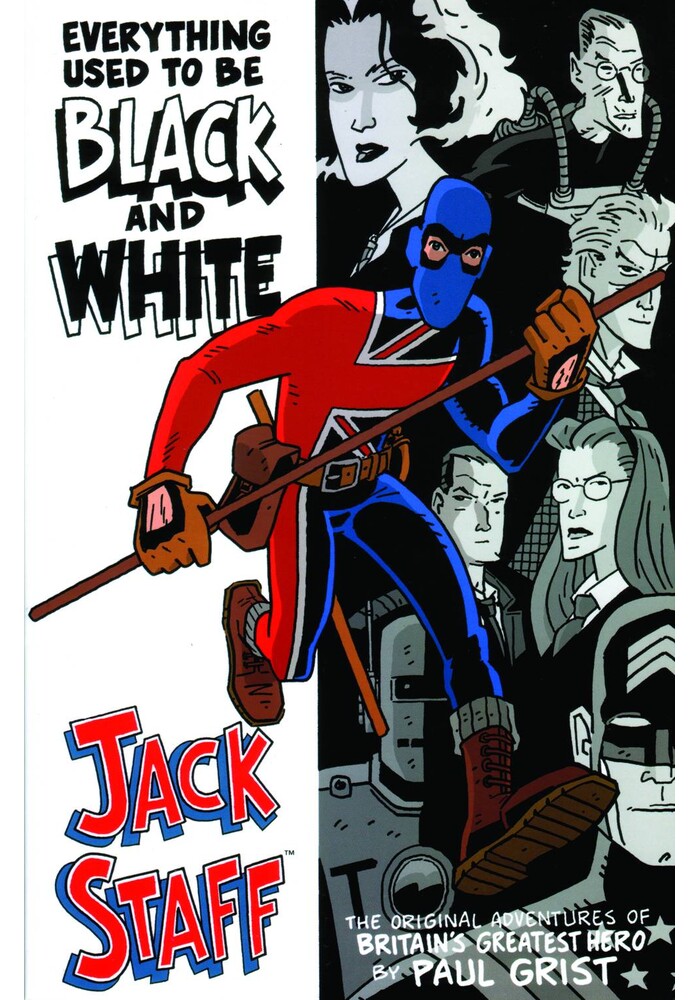 JACK STAFF TP VOL 01 EVERYTHING USED TO BE B & W

Staff is Britains Greatest Hero, or at least he used to be.  Twenty  years ago he disappeared, and everyone just forgot about him.  Except for Becky Burdock, Girl Reporter for The World's Press.  She's investigating a series of murders in Castletown, but finds a lot more than she expected, including a long forgotten superhero and a secret that's been hidden for over sixty years. This volume collects all 12 issues of the original black and white Jack Staff  series, published by Dancing Elephant Press.

Be the first to write a review!
Path: Home > AMERICAN > IMAGE TRADE PAPERBACKS > JACK STAFF TP VOL 01 EVERYTHING USED TO BE B & W