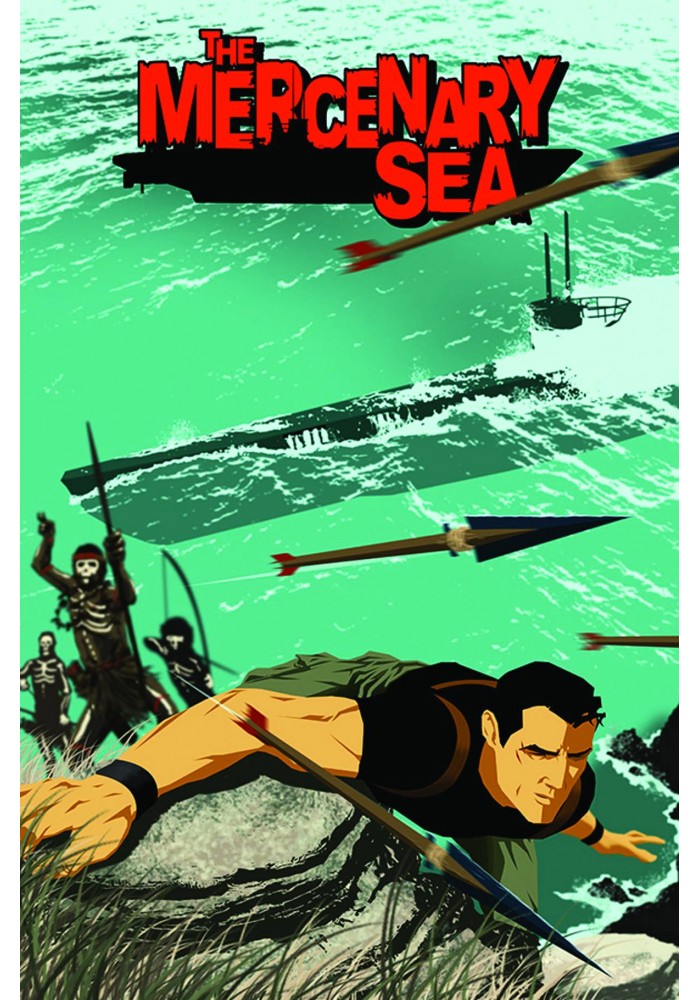 1938 - The South Seas. Japan has invaded China. War in Europe is imminent. Ex-bootlegger Jack Harper captains the Venture, a refitted German U-Boat, with a crew of expats, mercenaries and fortune hunters. Jack and his crew take a job offered by a shady operative: rescue a British agent carrying valuable intelligence about the Japanese war effort. Meanwhile, Jack dreams of landing the greatest score ever: finding the legendary lost island of Koji Ra. Collects THE MERCENARY SEA #1-6
Be the first to write a review!
Path: Home > AMERICAN > IMAGE TRADE PAPERBACKS > MERCENARY SEA TP VOL 01