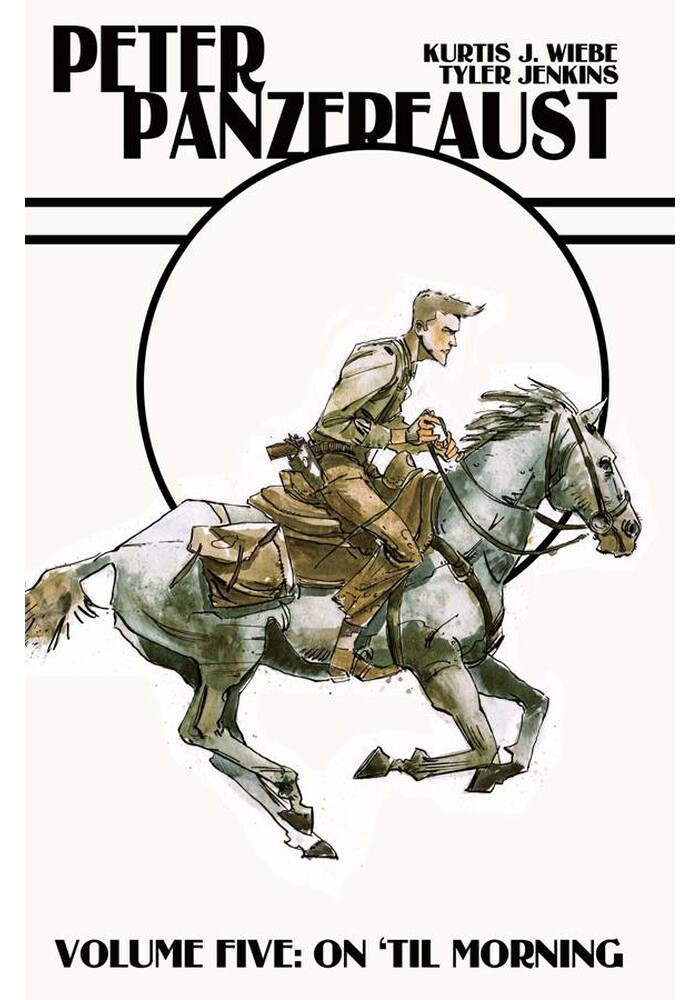 A coming-of-age tale told through the eyes of a group of French orphans during World War II who were saved by a brave and daring American boy named Peter. As they travel together, they get tangled up in the French Resistance in Paris. A story of intrigue, love, and heroism, and a final goodbye to Peter Panzerfaust. Collects PETER PANZERFAUST 21-25.

Be the first to write a review!
Path: Home > AMERICAN > IMAGE TRADE PAPERBACKS > PETER PANZERFAUST TP VOL 05 ON TILL MORNING