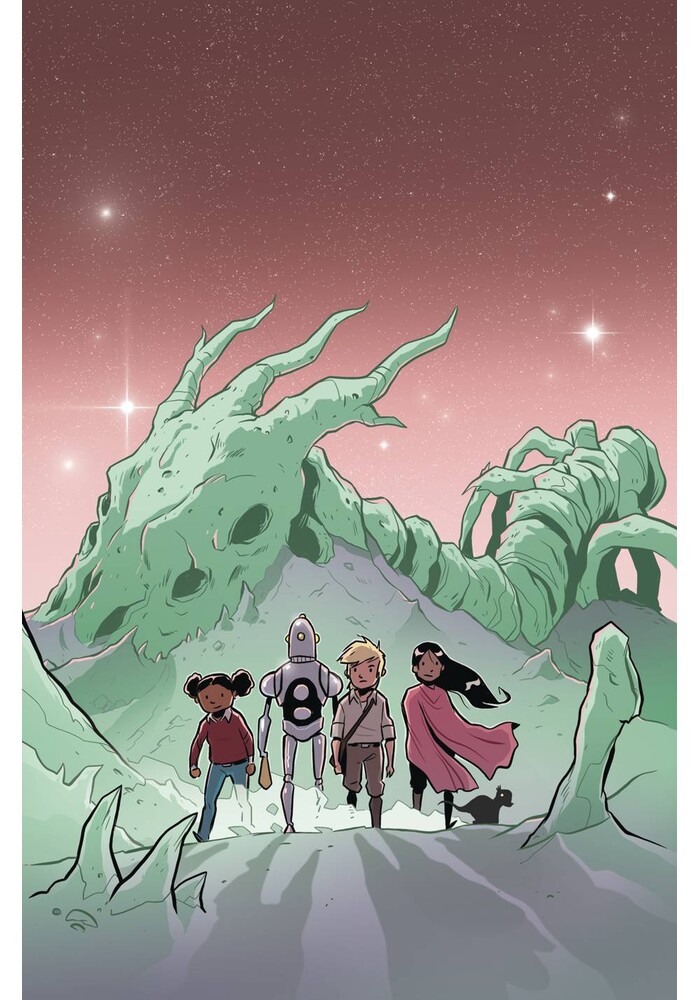 What's more awesome than dinosaurs? Alien dinosaurs! Ten-year old Liam Mycroft roams the galaxy in a starship with his paleontologist father in search of fossils of extinct alien dinosaurs. But when his father disappears inside the mysterious ruins of an underground alien city, Liam, his best friend Dianna, his robot Standard-5, and his tiny pet dino are launched on a cosmic adventure that could impact the entire human race! Emmy nominated writer Chris 'Doc' Wyatt (Marvel's Rocket and Groot) and co-writer and artist Chris Grine (Chickenhare) have created an outer space epic with plenty of robots, pirates and, of course, alien dinosaurs.