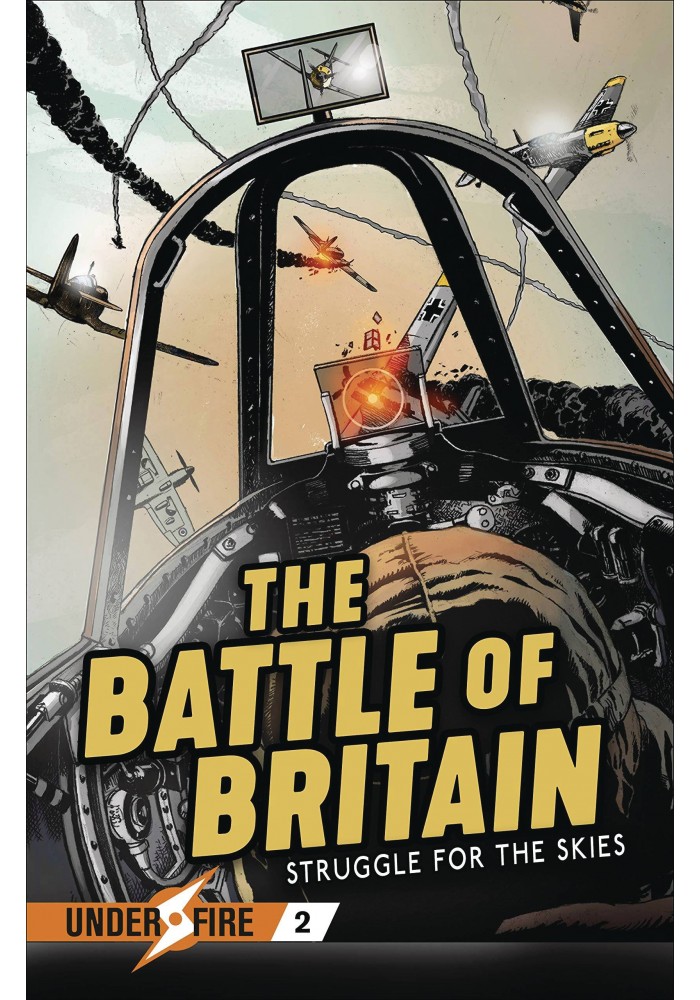 The Battle of Britain is a full-color graphic novel that follows the Royal Air Force as they defend the United Kingdom against the infamous German Luftwaffe. Drawing from historical documents and firsthand accounts, the book details the events that led up to the four-month campaign, the fight to end the Nazi bomb attacks, and the long-term impact on air force strategy. By September of 1940, hundreds of British fighter planes were destroyed or damaged and the German Blitz was underway. Learn how the Royal Air Force came back from near-defeat, shot down the Nazi aircraft, and prevented Hitler from gaining the air superiority he needed for his planned invasion.
Be the first to write a review!
Path: Home > AMERICAN > INDEPENDENT TRADE PAPERBACKS > BATTLE OF BRITAIN GN