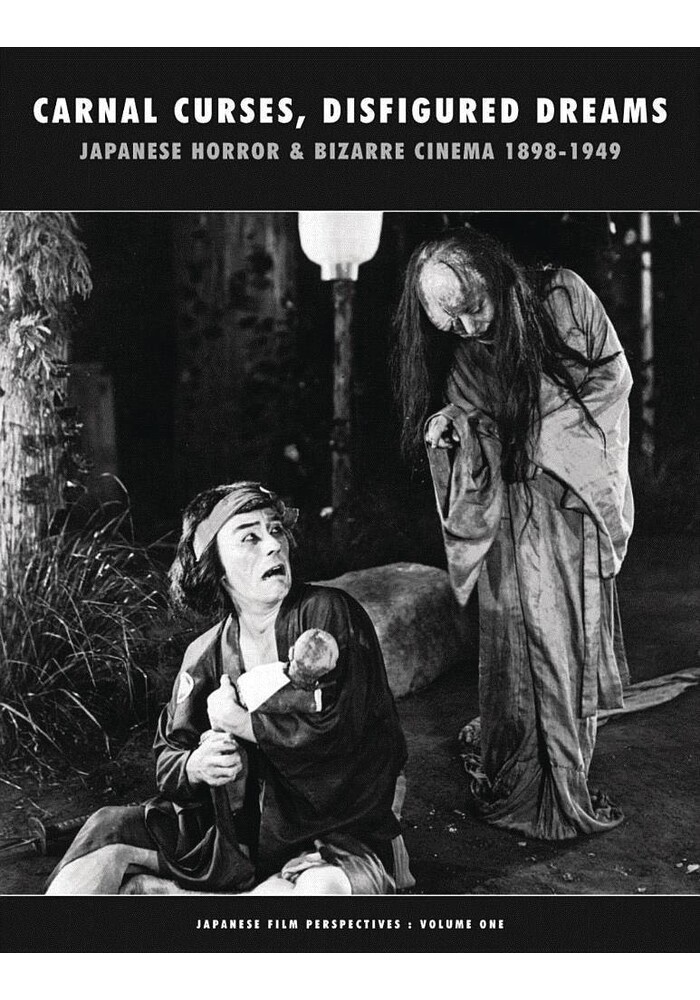 Zombies, vampires, mechanical men, mad scientists, monsters, killer apes, living statues, ghosts, demons - all the iconic figures of bizarre cinema can be found in Japan's early film output, filtered through that country's unique lens of culture and myth. Carnal Curses, Disfigured Dreams lists over 500 films in a detailed, chronological filmography, includes over 30 woodblock print illustrations, reproduces 65 extremely rare film production photographs and posters, most of which have never been published before, and concludes with an index of all films referenced in the text.
Be the first to write a review!
Path: Home > AMERICAN > INDEPENDENT TRADE PAPERBACKS > CARNAL CURSES JAPANESE HORROR & BIZARRE CINEMA 1898-1949