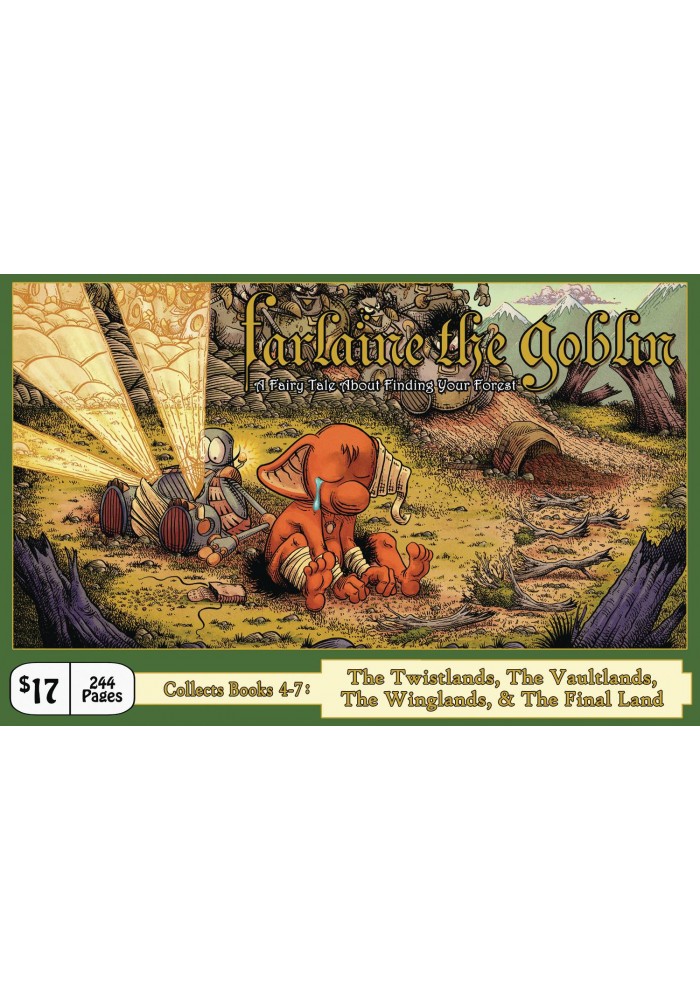 Farlaine the Goblin is down to his final few lands... and none of them look good! Between twisters and bank vaults and a land in the sky, it's looking unlikely many forests are gonna be found! Time's running short for Farlaine and friends as lands run low and menaces run high! This second volume collects the final four books of the series: The Twistlands, The Vaultlands, The Winglands, and The Final Land! Also included is behind-the-scenes concept work, as well as a gallery of variant covers by Skottie Young, David Petersen, Charles Paul Wilson III, and Larry MacDougall!
Be the first to write a review!
Path: Home > AMERICAN > INDEPENDENT TRADE PAPERBACKS > FARLAINE GOBLIN TP VOL 02