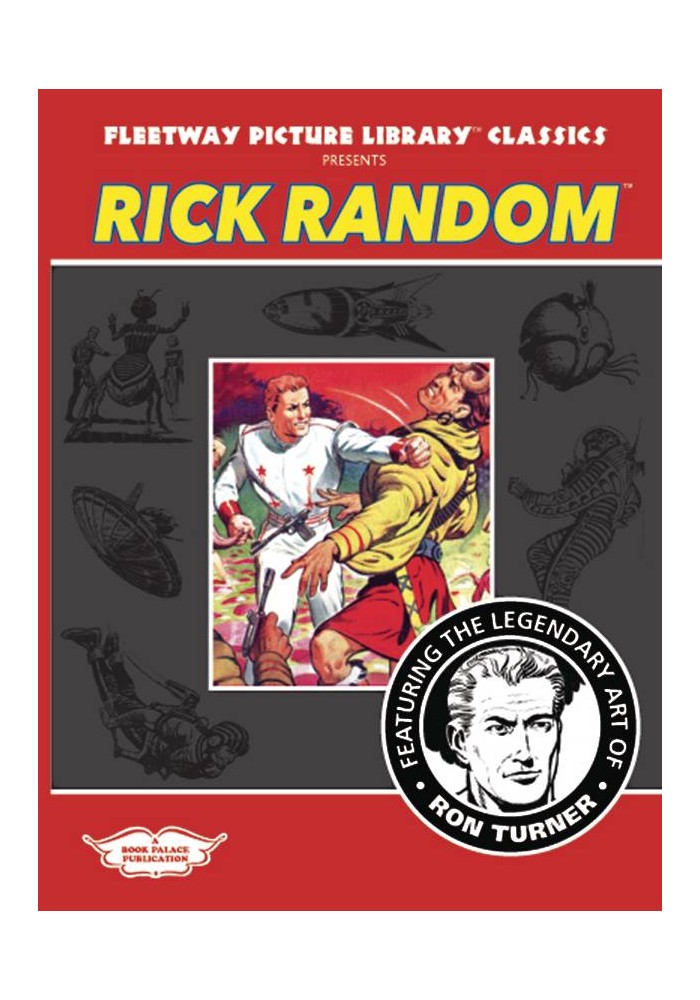 By buying this product you can collect up to 48Z points. Your cart will total 48points that can be converted into a voucher of $3.69.

Originally published in Super Detective Library issues 79, 101, 111 and 115 in the late 1950's, these four tales feature Rick Random, 'the first detective of the space age.' Set in the 21st century, Random, as the Head of the Interplanetary Bureau of Investigation, is called upon to solve mysteries that can take him all over the universe. Along the way he encounters amazing alien races and their fantastic technologies as he seeks truth and justice. These four stories also chart Ron Turner's development into one of Britain's greatest science fiction comic artists.
Be the first to write a review!
Path: Home > AMERICAN > INDEPENDENT TRADE PAPERBACKS > FLEETWAY PICTURE LIBRARY CLASSICS PRESENTS RICK RANDOM TP