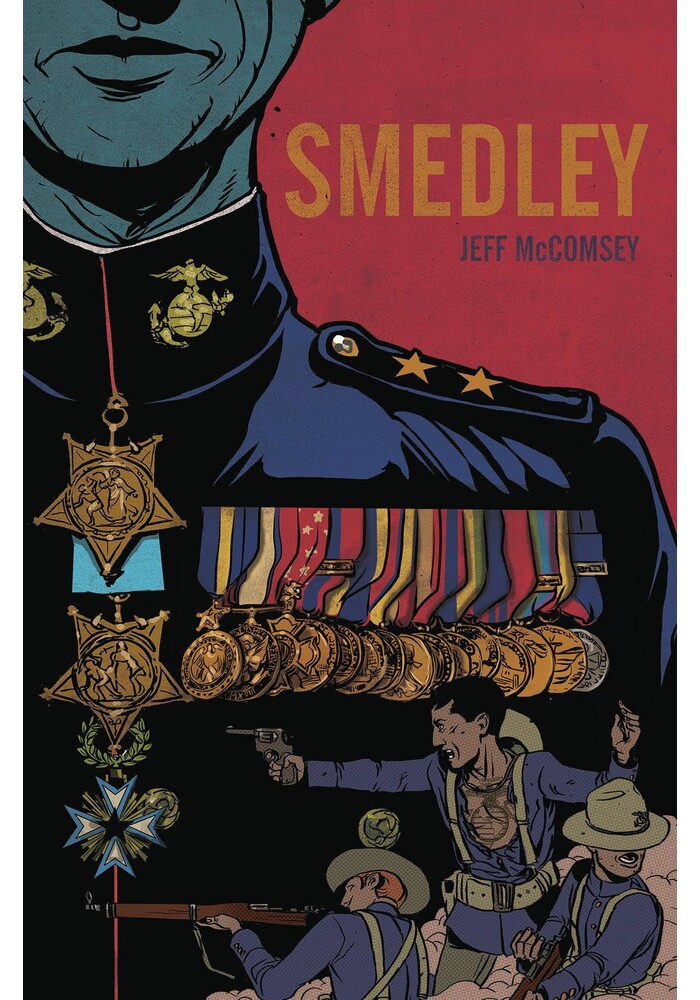 Major General Smedley Butler is one of the most decorated Marines of all time and is a legend among the Corps. Through conflicts like the Philippine-American War, the Boxer Rebellion, the Banana Wars, and the War to End All Wars, he helped define what the Marine Corps is today. Smedley starts in 1932 when Butler is retired from the Marines and has lost his bid to be a Pennsylvania senator. When he is invited to speak at the Bonus Army encampment in Washington D.C., he arrives early to mingle with the other veterans, who press him for stories about his legendary exploits. From there he flashes back to some of his most exciting deployments. Along the way, he goes from a boy who cowers at every gunshot, to a man who leads the charge.
Be the first to write a review!
Path: Home > AMERICAN > INDEPENDENT TRADE PAPERBACKS > SMEDLEY GN