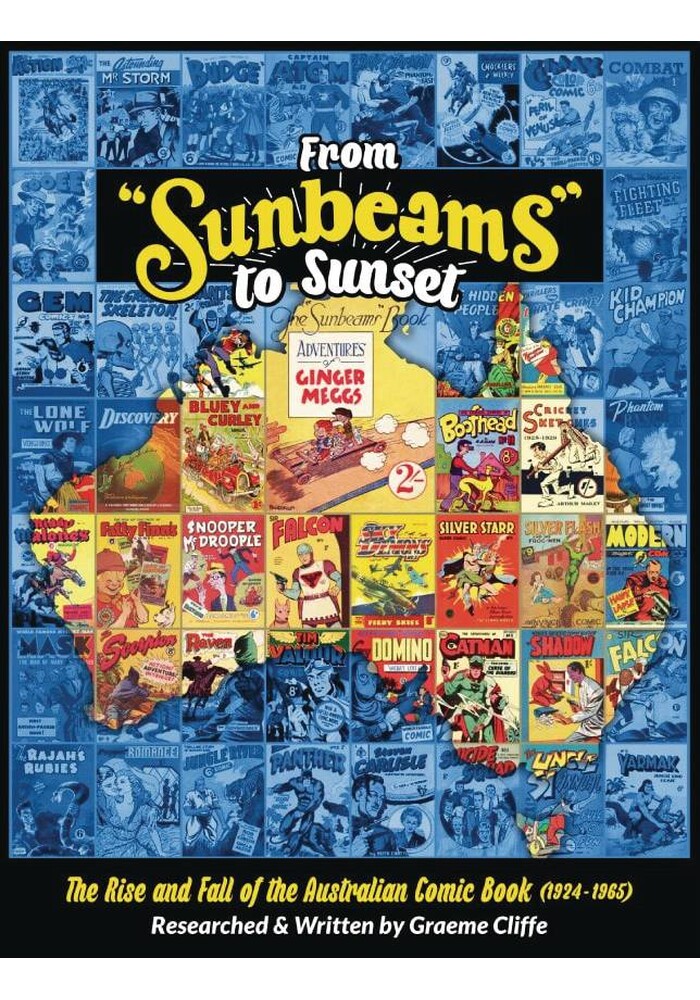 SUNBEAM TO SUNSET RISE & FALL OF THE AUSTRALIAN COMIC

From 'Sunbeams' to Sunset: The Rise and Fall of the Australian Comic Book (1924 to 1965) is the story of Australia's original comic books and the writers and illustrators behind them. The book traces the local medium from its genesis in the pages of Sunbeams (a newspaper supplement which featured a cheeky youngster named Ginger Meggs), through its 1954 peak (when local publishers flooded the newsstands with 70 million comics) and beyond, and to the reasons behind the Australian industry's demise in 1965.
Be the first to write a review!
Path: Home > AMERICAN > INDEPENDENT TRADE PAPERBACKS > SUNBEAM TO SUNSET RISE & FALL OF THE AUSTRALIAN COMIC