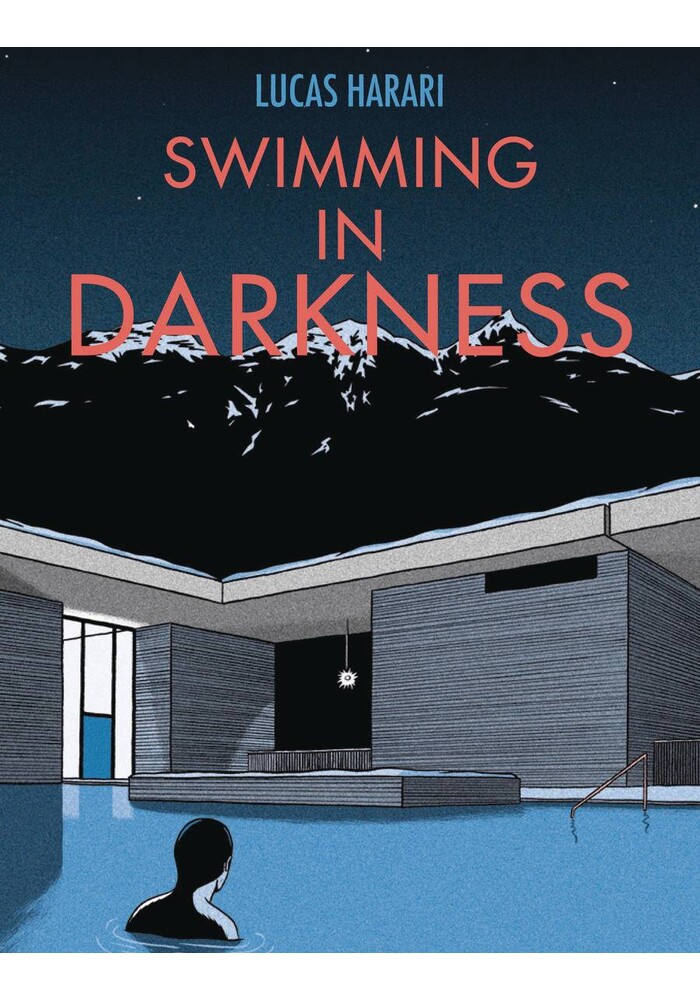 Pierre is a young man at a crossroads. He drops out of architecture school and decides to travel to Vals in the Swiss Alps, home to a thermal springs complex located deep inside a mountain. The complex, designed by architect Peter Zumthor, had been the subject of Pierre's thesis. The mountain holds many mysteries; it was said to have a mouth that periodically swallowed people up. Pierre, sketchbook in hand, is drawn to the enigmatic powers of the mountain and its springs, and attempts to uncover the truth behind them in the secret rooms he discovers deep within the complex. But he finds his match in a man named Valeret who is similarly obsessed, and who'd like nothing more than to eliminate his competitor.
Be the first to write a review!
Path: Home > AMERICAN > INDEPENDENT TRADE PAPERBACKS > SWIMMING IN DARKNESS GN